Where is Liz Truss? Britons react to dwindling economy
Advertisement 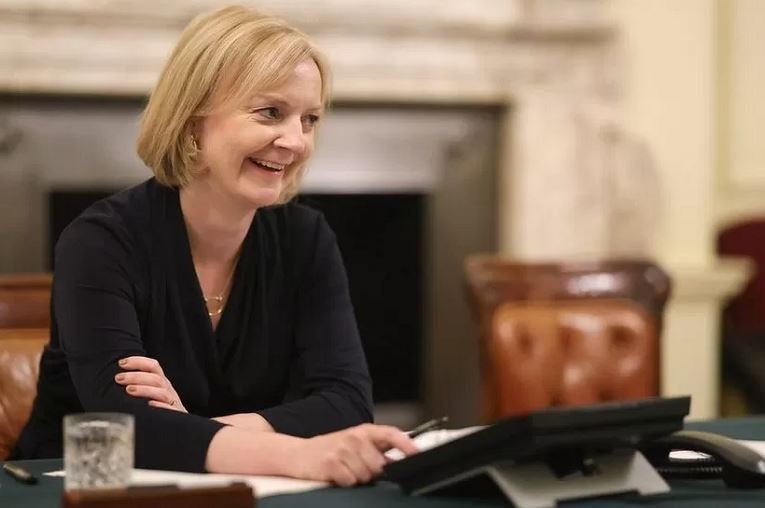 The new Prime Minister of the UK, Liz Truss, could be facing her biggest hurdle yet, as the economy continues to dwindle.

Truss who recently became leader of the Conservative Party has been faulted for not taking the lead in cushioning the UK economy.

With citizens sensing she is MIA, they took to social media to express their frustrations, asking Where is Liz Truss?

First Minister of Scotland, Nicola Sturgeon, mocked Liz Truss over her inaction on the economy. “UK in grip of rapidly deteriorating economic crisis. Emergency intervention by Bank of England to reduce damage of UK gov own policies extraordinary. Commons should be immediately recalled (where even is PM?) & as at least an initial symbol of sense, top tax rate abolition dumped.”

UK in grip of rapidly deteriorating economic crisis. Emergency intervention by @bankofengland to reduce damage of UK gov own policies extraordinary.
Commons should be immediately recalled (where even is PM?) & as at least an initial symbol of sense, top tax rate abolition dumped

Gerry McK had a less than friendly reaction to the economic downturn. On Twitter, he wrote, “The British economy is on the edge of a cliff and where is Liz Truss? Great at talking tough to Sturgeon and Macron but seems to have went into hiding when things are getting difficult.”

Journalist, Fiona Millar, shared similar sentiments. “Not that I want to see her, but where is Liz Truss? Trying to keep her distance? Or has she been told the more people see of her, the less they like her?” she quizzed.

Simon Thomas, a sport broadcaster said Ms Truss who was in everyone’s face during the leadership tussle has gone quiet. “Whilst the economy burns like a skip fire, has anyone seen or heard from Liz Truss? She was highly visible during her leadership tour; but now she is leader, where the hell is she?! Where is her leadership? Cooling off in Boris’s fridge? To remain quiet is a dereliction of duty.”

Charlotte also drew Rishi Sunak into the chatter. “What has Liz Truss and her Chancellor done to our economy? Royal mess-up. WHERE IS RISHI SUNAK when we need him? Liz has to put our economy above party politics and bring back Rishi Sunak. Many Brits are suffering,” Charlotte said.