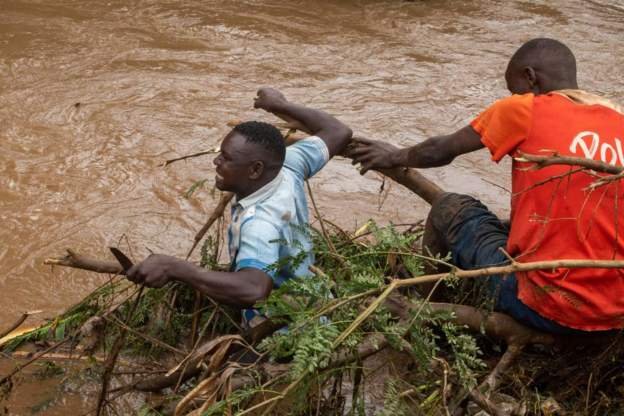 Heavy rains have been experienced across the country since last month

Landslides triggered by heavy rains have killed at least 15 people – mostly women and children – in Kasese, in western Uganda.

Some homes were also washed away by flood waters that tore through the area located on the foothills of the Rwenzori mountains.

A spokesperson for the nation’s Red Cross says six people were injured in the landslides in Rukoki following torrential rains.

A yet to be ascertained number of people are feared missing.

The region is prone to landslides and saw three people killed last week in Bundibugyo district.

The rainy reason, which normally starts in August, has this year resulted in devastation in parts of the country.

Several parts of East Africa have experienced severe weather this year, from long droughts to destructive rains and flooding.