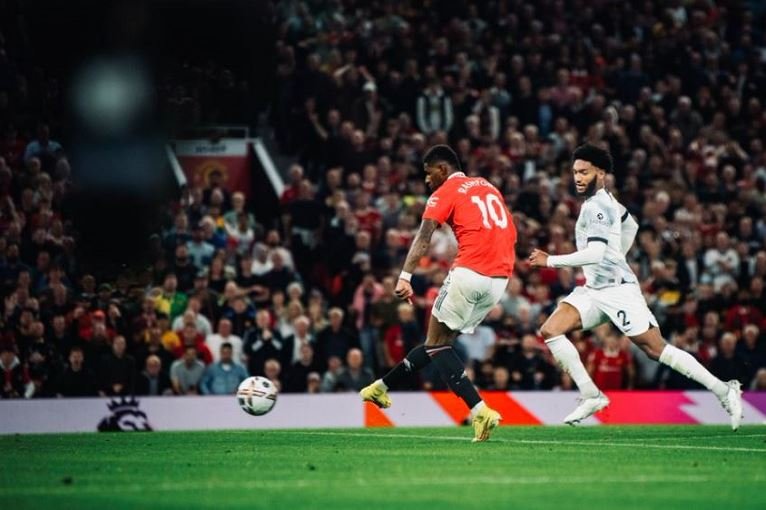 Manchester United’s Erik ten Hag and Marcus Rashford have won the Premier League’s manager and player of the month awards for September.

Ten Hag, 52, lost his first two competitive matches following his move from Ajax, but has since lead United to four consecutive league wins.

Victories against Liverpool and Southampton in August preceded wins over Leicester and Arsenal this month.

Ten Hag became only the second Manchester United manager since Sir Alex Ferguson’s retirement to win the award, with Ole Gunnar Solskjaer winning it in January 2019.

His decision to move Rashford into a more central striking role has been a major factor in United’s improvement.

The England forward, who was unable to play during the recent international break due to injury, set up Jadon Sancho for the only goal in the victory at Leicester and assisted Anthony’s opener in United’s 3-1 win at home to Arsenal.

“My favourite moment of September was an assist actually,” said Rashford.

“Antony’s first goal, on his debut. It was a massive moment and it gives us strength and courage. Seeing him come into the team and score right away was massively important.”

Rashford, who also scored in the victory over Liverpool in August, picks up his first player-of-the-month award since January 2019.

He added: “It’s a good feeling. We didn’t start the season so strongly so to get four wins on the bounce is really good.

“It’s still fairly new with the manager and we’ve got much better at doing the things he wants us to. But there are still a lot of steps to take and we’re all looking forward to doing that together.”

United’s winning run has seen them rise from bottom of the Premier League after two matches to fifth. They played just two league matches in September after games against Crystal Palace and Leeds United were postponed following the death of Queen Elizabeth II.