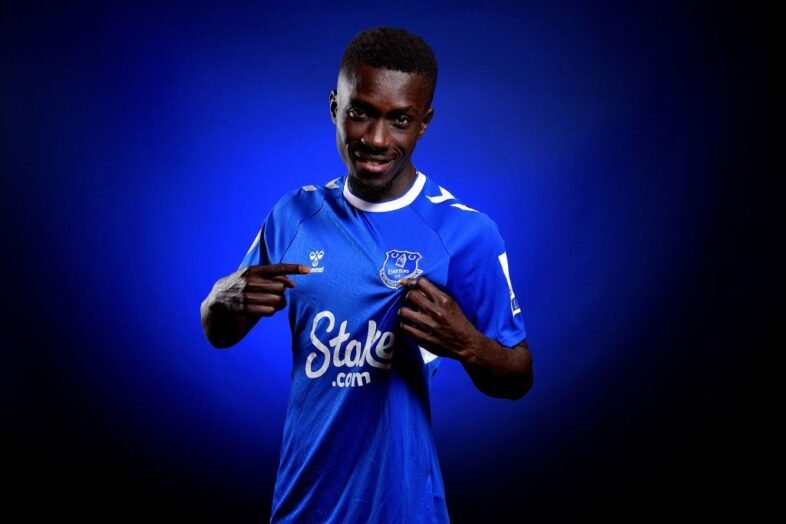 Idrissa Gueye, Paris Saint-Germain midfielder, has been re-signed by Everton for an undisclosed sum and a two-year contract.

Since the beginning of last month, the 32-year-return old’s to Goodison Park had been the subject of advanced negotiations with the Toffees.

Gueye, a Senegalese player, was acquired by PSG from Everton in 2019 for roughly £30 million.

There is no better feeling than returning home, according to the player, who made 108 appearances for Everton between 2016 and 2019.

Gueye continued, “I am thrilled to be back at Everton, to work hard and to help; I will offer my soul to this squad.

Gueye scored seven goals in 111 games for PSG, winning both Ligue 1 and the French Cup twice and helping them reach the 2020 Champions League final.

“I felt like I was at home here, so coming back was vital to me. Every week, I’ve kept up with the team and followed their games. I returned because I feel that Everton is the best place in the world for me.

“The atmosphere at the stadium is fantastic, and everyone feels like family. When I was here [the first time], I felt fantastic, and even after moving to Paris, I stayed in touch with a few of the players and continued to cheer on the club.

“It’s special to me. I informed PSG that if I were to leave, I would only join one team, and that team was Everton.”

In May, he refused to play in a match to avoid wearing a rainbow symbol in support of LGBTQ+ rights, BBC Sport understands.

Everton manager Frank Lampard added: “We are delighted to add a player of Idrissa’s quality and experience to the squad. We have been eager to strengthen our midfield options and his attributes will undoubtedly benefit the squad.

“Idrissa has played at the highest level of football. Evertonians know all about his tireless work-rate and the value he brings to a team, and we are looking forward to him bringing all of that now he’s back at the club.”

Meanwhile, Portugal midfielder Andre Gomes, who is yet to feature for Everton this season, is in talks about a move to French side Lille.