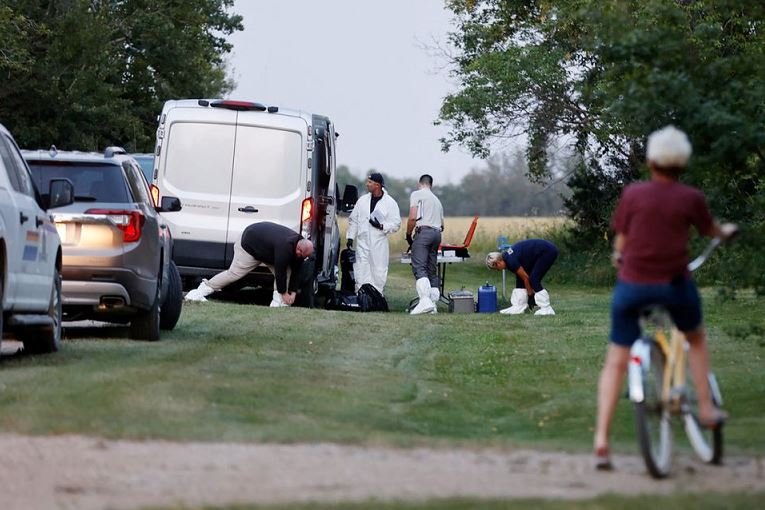 Canadian police in Saskatchewan on Wednesday searched into a fourth day for the remaining suspect in a stabbing spree in which 10 people were killed in and around an indigenous community, rattling a country unaccustomed to acts of mass violence.

Myles Sanderson, 30, whose brother and accused accomplice was himself found killed a day after Sunday’s attacks in Saskatchewan province, was briefly believed to have resurfaced on Tuesday in the vicinity of the rampage, about 320 km (200 miles) north of the provincial capital of Regina.

The Royal Canadian Mounted Police (RCMP) issued an alert on Tuesday of a possible sighting of the surviving brother in the indigenous reserve of James Smith Cree Nation, urging residents to remain indoors and be vigilant.

CBC News reported a heavy police presence on the indigenous reserve in Saskatchewan following that alert, but then said its investigation had determined the suspect was elsewhere.

Sanderson’s whereabouts remain unknown and the public was urged to be cautious.

The Saskatchewan coroner’s office and RCMP early Wednesday released the identities of the 10 victims killed. They include men and women, aged 23 to 78.

Authorities did not release information on the 18 people injured, except to say one was a young teen and the rest adults.

The fugitive and his brother, Damien Sanderson, 31, are suspected of stabbing 10 people to death and wounding 18 on the James Smith Cree reserve and nearby village of Weldon on Sunday, shaking an indigenous community of 3,400 people in one of the bloodiest attacks in Canada’s modern history.

Damien Sanderson was found dead in a grassy area of the reserve the next day. Police said they were investigating whether the younger sibling might have killed his brother and possibly sustained injuries that might need medical attention.

Authorities have offered no motive for the attacks. Police said some victims appeared to have been targeted, while others were apparently random.

Ivor Wayne Burns, a resident of the James Smith Cree, said the Sanderson brothers belonged to First Nations communities and were under the influence of drugs at the time of the crimes.

The Regina police chief, Evan Bray, said on Tuesday that the manhunt had expanded from that city into the province.

Ten of the surviving victims were in the hospital as of Tuesday afternoon, seven in stable condition and three critical, health authorities said.

Some First Nation leaders have linked the killings to drug use, but police have not cited drugs or alcohol as factors.

Sanderson has been wanted as a fugitive since May when he stopped meeting his parole officer after serving time for assault, robbery and other offenses, CBC News reported.

The CBC, citing Canadian Parole Board documents, reported Sanderson had a criminal record of 59 convictions over two decades.

Minister of Public Safety Marco Mendicino said the board will investigate the decision to release Sanderson on parole.