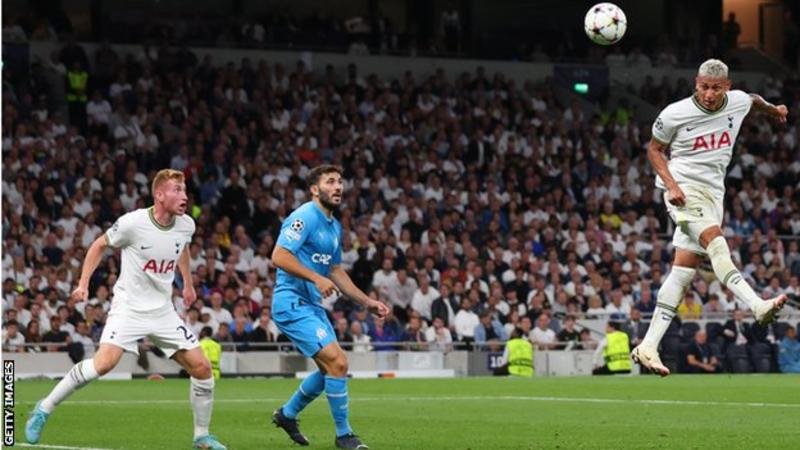 Richarlison’s first goals for Tottenham broke Marseille’s stubborn resistance as Antonio Conte’s side made a winning return to the Champions League.

It was a first half of few chances as Spurs lacked a killer pass and the creativity to unlock the defence of the Ligue 1 outfit.

Olympique Marseille did excellently to frustrate the hosts and silence a noisy crowd dictating the ball for large periods.

The second period started with a bang as Heung-min Son charged through on goal only to be brought down by a sliding Chancel Mbemba, who was sent off for denying a goalscoring opportunity.

The deadlock was eventually broken after 76 minutes with Antonio Conte’s side’s first shot on target. Ivan Perisic crossed in for Richarlison to head home to spark wild celebrations.

Richarlison added another with an even better header five minutes later, this time meeting Pierre-Emile Hojbjerg’s delivery at the far post to beat Marseille goalkeeper Pau Lopez and seal the points for Spurs.