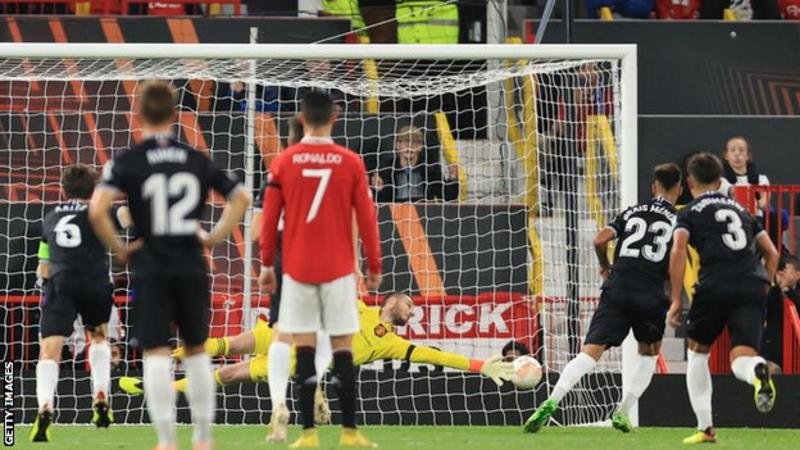 The game was played after consultation with the Football Association and UEFA following the death of Queen Elizabeth II.

No music was played in the stadium around the match and both sides wore black armbands and stood for a perfectly observed minute’s silence as a mark of respect.

Brais Mendez scored the only goal from the penalty spot after 59 minutes following a disputed handball decision against substitute Lisandro Martinez.

In his first European game outside the Champions League since 2002, when he was a teenager at Sporting Lisbon, Cristiano Ronaldo’s first-half header from Diogo Dalot’s cross was disallowed for offside.

Ronaldo also headed Bruno Fernandes’ cross wide at the start of the second-half.