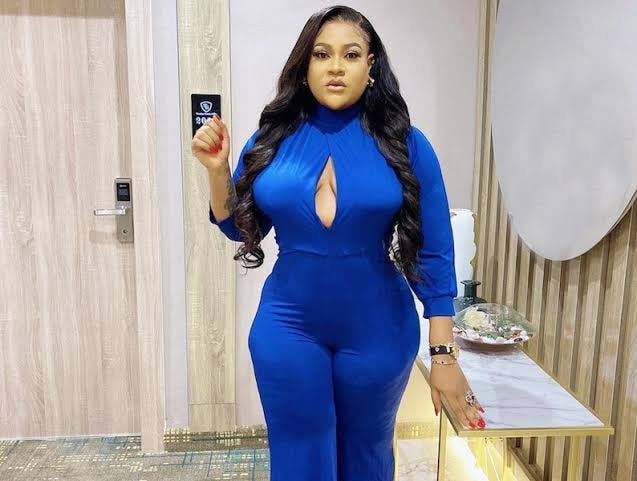 We may curse and swear, but actress Nkechi Blessing is likely to be viewed as a Mother Theresa figure by the local community of sexually dispossessed women. And why not?

In a society notoriously indifferent to the plight of its marginalized segments, including the physically challenged seen on a daily basis, those with the consciousness and will to bring relief deserve applause.

We have, in recent times, seen non-standard gifts such as live chickens and “agbo jedi” (presumed aphrodisiacs) handed to party guests. We have equally seen iPhones given out by the good, the bad and downright crooked members of the crazily monied class. None of these, in my view, shows the givers as deeply thoughtful.

Those lucky enough not be members of such marginalized communities take things for granted and, therefore, think less-if at all-about the plight of the marginalized, including those sexually affected. Of course, we do not know how vast the local community of sexually dispossessed women is. Hundreds of thousands? Tens of millions? I am not sure.

I have no way of knowing how well they replicate the real thing. But at all, at all na hin bad, as we say. That means if you can’t have chicken, you have to manage a pigeon. In the viral video of the event, Nkechi Blessing could be heard speaking, in between gasps like a footballer granting a post-match interview. “I’m not trying to say men are scum cos I have a man, but you sometimes need to help yourself when you don’t have a man. This is my souvenir for single ladies,” she said to her rapturous cheers.

As much as I do not want to speculate, I’m tempted to think her mother will not just turn in her grave, but viciously kick off the coffin lid and do backflips. Only a woman who ran a bordello would lie still in her grave when the most notable component of her remembrance is a rubber phallus rising from a box like a Pershing 11 missile taking off. I do not think she ran one.

Also, that there were kids at the venue, as evidenced by the video, suggests absolute lack of discretion. Perhaps she was trying to suggest to them ways to deal with sexual marginalization when they are eventually confronted by it. My gut feeling is that Nkechi Blessing did what she did for reason(s) other than offering a solution to lack of sexual activity. Commercial? Attention? Both? Something in between? I do not know. Seeking an audience for such is beyond altruistic.