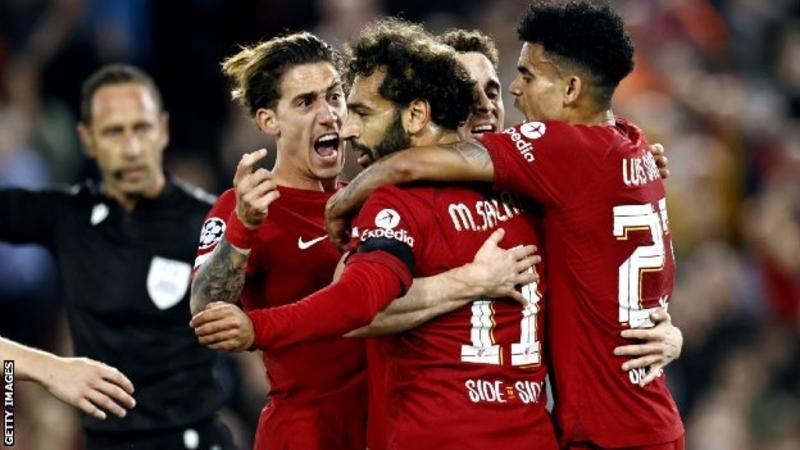 Joel Matip’s late header earned Liverpool a 2-1 win over Ajax as their Champions League campaign finally had lift off at Anfield.

Beaten badly by Napoli last week, the scrutiny on Jurgen Klopp’s side looked set to be amplified when Mohammed Kudus cancelled out Mohamed Salah’s opener early on. But Matip rose to head home with minutes remaining to win it for Liverpool.

European nights at Anfield are often stirring occasions but the emotions were a little different on this occasion following the passing of Queen Elizabeth II on Thursday. No Champions League anthem. A moment of silence instead.

The action took centre-stage thereafter and Liverpool’s attacking play was encouraging from the outset. Diogo Jota was lively up front in his first start of the season. Thiago helped the team rediscover a little of the rhythm that had been lacking during his recent absence.

It was Jota who was the architect of the opening goal of the game, feeding a pass through to Salah who did the rest. The Kop had been chanting the Egyptian’s name just before, willing him to end a run of four games without a goal. Their faith was rewarded instantly.

But although further chances fell to Luis Diaz, Jota and Salah, there was a familiar weakness on show too. Kudus’ equaliser came from nowhere in one sense but from an entirely predictable source in another – Liverpool’s right flank again, so often so open.

Such is the trade off with Trent Alexander-Arnold. The right-back was soon showing what he could do at the other end, forcing a double stop from Ajax goalkeeper Remko Pasveer. Virgil van Dijk might have done better with his headers too. The goal just would not come.

Those wasted opportunities almost proved even more costly when Kudus came close to a second goal on the counter-attack after the break before Daley Blind headed just wide of the far post with Alisson beaten. But it was Matip who had the final word.