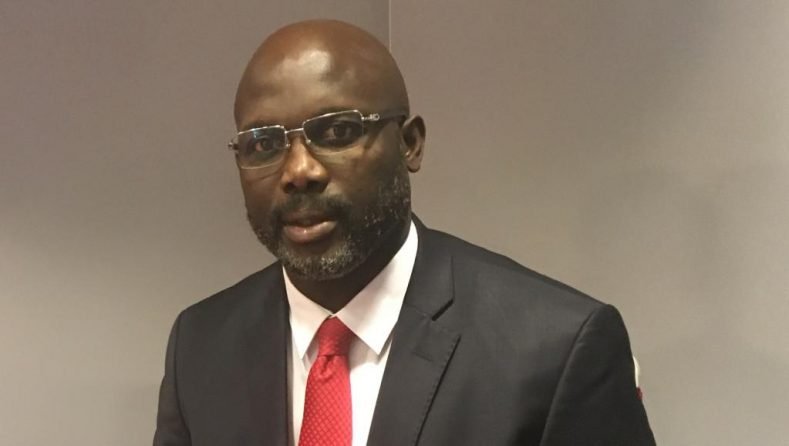 The bill titled “An Act Adopting An Integrated Pension and Benefits Scheme for certain categories of officials of an annuity of the Government of Liberia and to repeal and or amend certain portions of Title 19, Legislative Act, Title 12, Executive Law of Liberia and Title 17, the Judiciary Law(1972) as amended 2003, was crafted to give bumper retirement and pension packages to top echelons in the three branches of government including members of the national legislature, and some other judges of selected categories of courts within the judiciary, etc. The bill proposed in clear terms what each of the top officials in the government will receive upon leaving public service and being in private life without any other form of employment will receive salaries and will continue to receive the benefits throughout their lives until death and in case of the death, their surviving spouses and or children will receive benefits until they are 21 years of age.

Why must taxpayers give the legislature and other bodies lifetime pensions? When public office holders enjoyed more than enough from the lean public purse. Readers of this article will agree that this is the most self-centered provision for people who have been benefiting from the public fund to continue now permanently to burden Liberia. This is at the expense of the deteriorating economy, lack of commensurate wages for hardworking Liberians, and also the expense of social services Liberians should be enjoying. These people should fear God and be fair to Liberia. Elective positions are meant to serve the people as seen in other countries, but in Liberia, it is seen as an avenue to milk Liberians dry.

This is unfair! Does our legislature know if this will increase the cost of governance? It will likely consume a huge amount of money and increase the cost of governance and an increase in the cost of governance will likely lead to deficit spending for the country. All of these are recurrent expenditures. If we look at the pension system in Liberia, some pensioners (teachers, health workers, police, immigration officers, military personnel, etc.) who have given a lot to public service and contributed a lot in terms of their pension are not able to get their pension when due. Yet, the lawmakers instead of coming to the aid of these people are pursuing life pensions for themselves. Liberia’s democracy is not the government of the people for the people by the people. It is the government of the politician for the politician and by the politician.

In September 2019, a Liberian Senator, Darius Dillion told a press conference on Capitol Hill that each senator makes a gross salary of US$15,325 plus LD29,700 as basic salary with US$3,175 for transportation reimbursement. Additionally, he said each senator makes US$2,150 cash for gasoline, concluding that each of them walks away with about US$12,000 after tax deductions. While a Liberian Senator earned US$183,900 gross salary the American Senator, for instance, only earns 174,000 annually (including bonuses). The controversy that Dillion’s disclosure generated only lasted a short while despite the clear absurdity surrounding the monetary compensation of lawmakers. Since it has gone unaddressed for a long time, many lawmakers are notorious for splashing these monies on political campaigns, which has become unhealthy in the country. It has given a convenient room for excess waste in government and deadly politics of interest. But until the procedures for electing lawmakers are changed, bad outcomes like electoral violence, corruption, and maladministration will continue to cripple Liberia’s democracy.

Liberian politicians especially those in government spend heavily on political campaigns. Most–if not all of these campaigns–do not entail feasible manifestos that would address critical issues facing the electorates. Instead, they are fronts for slanderous shaming of opposition candidates and their parties. They go all out lavishing money on bribing local leaders and influential electorates and believe there will be enough resources for them to recoup when in office. For these politicians, it’s a financial investment. Even as Article 8.3 of the NEC campaign Finance regulations (2016) states that” political parties and candidates shall not utilize public resources for campaign activities and shall not receive any contribution resulting from an abuse of state resources, ” Candidates in government or from the ruling party typically utilize public resources for campaign activities. There has not been appropriate sanctioning of violators and neither has the National Election Commission (NEC) created realistic measures to check this violation which is sharply linked to electoral violence.

When elected, these lawmakers do not only go home with fat paychecks, but they have glorious opportunities to embezzle national resources at different committee levels because of the lack of transparency with which the House of Senate and the House of Representatives operate. They focus on personal interests above the interest of their constituents, and there is often little to zero oversight by the judiciary or executive on their financial activities. This is why they go to any length necessary to get elected. Imagine in the 2020/2021 national budget, the national legislature appropriated US$44.6 million to themselves including US$3.6 million for the so-called Legislative Engagement Fund with Senator and Representative taking home US$30,000 each. In the 2022 budget, the legislature appropriated US$64.3 million to include US$3.6 million for the so-called Legislative Engagement and Public Accessibility, purchase of new official vehicles (US$4.6 million), operational expenses (US$18.7 million), gas for vehicles (US$3.1), and legislative committee hearings (US$729,000). The number of allowances received differs across ranks, with the Speaker (US$2 million), Deputy Speaker (US$1.5 million), Senate Pro Tempore (US$2.1 million), etc. But Liberia must make political offices less attractive in the first place. Cutting the allowances and salaries of these lawmakers by half should be the first step. It will not only deter future aspirants from spending heavily on elections since it will now be difficult to recoup any monies from the public treasury, but it is a way of saving the government some money, too. Despite the desperation to retain power at all costs, Liberian lawmakers have now entrusted their political ambitions with looting the national coffer through budgetary allocation, kickbacks on committees, etc., and using ill-gotten wealth during the election period to sway voters. The consequence of this, of course, is the massive looting of the public treasury after winning elections. This has created a chain of corruption that now seems unsolvable, especially as it is taking more dangerous roots in politics. This is why some are calling for an increment in registration fees for legislative and presidential candidates.

The Liberian Legislature has a lot of power to make laws to suit her personal interests. Where the executive does not cooperate according to Article 35(1), the Liberian constitution allows lawmakers to re-pass a bill rejected by the President and upon achieving a two-thirds majority, the House can pass such a bill into law. Despite calls to the National Legislature for more transparency, legislators have refused to allow any. If not for Senator Dillion’s revelations, Liberians would only live in speculation of how much their elected representatives truly earn.

Honestly, Liberian legislators are less concerned with the cost they incur in public service even though about 2.3 million of the 5.3 million citizens live in extreme poverty. Monies that can be used to help fight economic hardship through infrastructural development, especially in education, health, housing, and agriculture, are squandered. Whereas, cutting the salaries of legislators could influence salary cuts for executive officeholders and civil servant level, too. If this happens, it will help Liberia fight corruption and the money saved from excessive pay can be diverted into infrastructure.