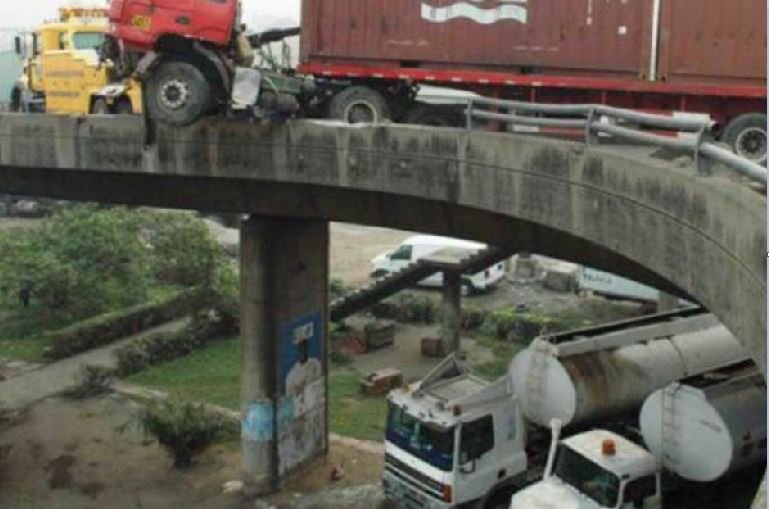 The Lagos State Traffic Management Authority (LASTMA) has served a seven-day ‘Removal Order’ notice to owners/drivers of trucks, tankers and trailers illegally parked under the Costain Bridge to Iganmu Area of the State.

The Special Adviser to the Governor on Transportation, Mr. Sola Giwa, who led LASTMA officials to serve the notice, noted that the seven-day ‘Removal Order’ notice will affect owners/occupiers of illegal structures, shanties, kiosks and containerized shops under the Costain Bridge down to Iganmu axis.

He disclosed further that the seven-day notice is coming after several days of inspections for a general cleanup exercise of the area by officials of the Lagos State Government.

According to him, “It was an eyesore seeing the level of degradation of our roads by the activities of these illegal squatters with miscreants and hoodlums freely smoking and selling India Hemp under the bridge.”

Also speaking, the General Manager, Lagos State Traffic Management Authority (LASTMA), Mr. Bolaji Oreagba said upon the expiration of the ‘Removal Order’ notice on Sunday, 18th of September, 2022, officials of LASTMA would embark on a thorough cleanup exercise around the area as well as a clampdown on all criminal elements disturbing law-abiding citizens/motorists around the area.

Mr. Oreagba confirmed that these illegal business operators, including iron benders, mechanics and food/fruit vendors, among others have turned the area into an unhealthy environment, adding that they have littered the entire vicinity with indiscriminate dumping of refuse and waste materials.

“It is interesting to note that none of these drivers parking their heavy-duty vehicles illegally, including owners of illegal structures, mechanics and other operators under the Costain Bridge had any permit from the State Government”.

Mendy found not guilty of one count of rape