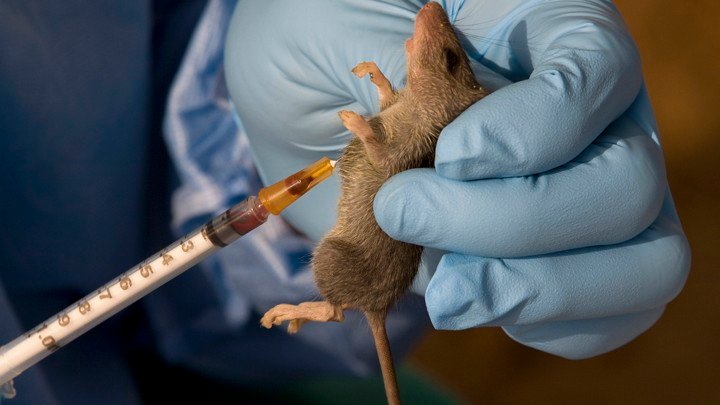 Lassa fever is an acute viral haemorrhagic illness caused by Lassa virus, a member of the arenavirus family of viruses.

Humans usually become infected with Lassa virus through exposure to food or household items contaminated with urine or faeces of infected Mastomys rats. The disease is endemic in the rodent population in parts of West Africa.

Lassa fever is known to be endemic in Benin, Ghana, Guinea, Liberia, Mali, Sierra Leone, Togo and Nigeria, but probably exists in other West African countries as well.

Person-to-person infections and laboratory transmission can also occur, particularly in health care settings in the absence of adequate infection prevention and control measures.

Diagnosis and prompt treatment are essential. The overall case-fatality rate is 1%. Among patients who are hospitalized with severe clinical presentation of Lassa fever, case-fatality is estimated at around 15%. Early supportive care with rehydration and symptomatic treatment improves survival.

About 80% of people who become infected with Lassa virus have no symptoms. 1 in 5 infections result in severe disease, where the virus affects several organs such as the liver, spleen and kidneys.

The Nigeria Centre for Disease Control (NCDC) says 170 persons, in 25 States of the country, have died of Lassa fever since the beginning of this year.

In a situation report, the NCDC explained that of the 6,547 suspected cases of Lassa fever, 909 cases were confirmed within the same period.

It also explained that 25 States have recorded at least one confirmed case across 101 local government areas.

The report said that Ondo State has the highest percentage of all confirmed cases, Edo (26%) and Bauchi (13%), lamenting that the number of suspected cases had increased compared to that reported for the same period in 2021.

The report also said that the number of new confirmed cases increased from five in week 34 to 10 cases in week 35, from August 29 to September 4, saying that these were reported from Ondo, Edo and Nasarawa States.

It observed that no new healthcare worker was affected in the reporting week 35.

The NCDC explained that confirmed cases of monkey pox were recorded in 14 States within one week, with 36 cases.

According to the reports, 100 new suspected cases were reported in epidemiological week 34 (between August 22 and 28, 2022) out of which 36 confirmed cases were recorded.