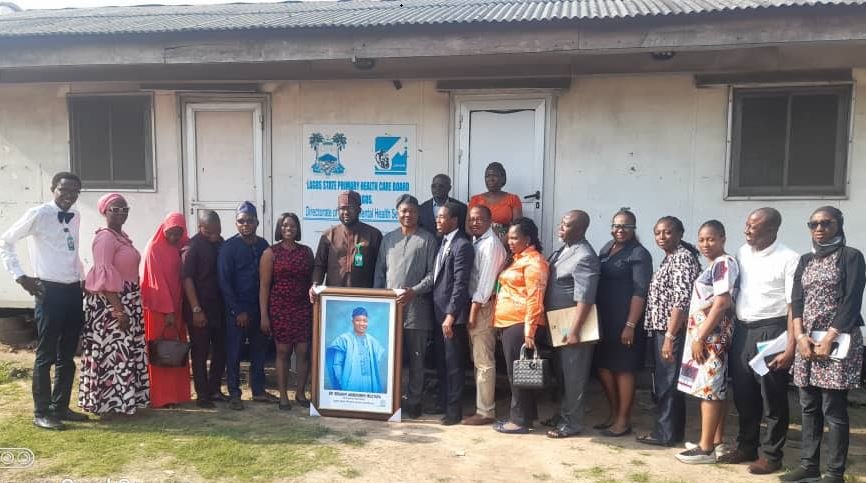 He stated this in this office at LSPHCB headquarters, Yaba when the Chairman of NMA Lagos, Dr. Benjamin Olowojebutu, and his team paid a courtesy visit.

Filade Olumide, Dep. Director Public Affairs, LSPHCB, in a statement said that the visit is to work out areas of collaboration between the agency and NMA Lagos in ensuring the success of the second pillar of the administration of the Governor, Babajide Sanwo-Olu’s THEMES agenda for Lagos which is Health and Environment.

Dr. Mustafa further stated, “Primary Health Care Centers (PHCs) are the bedrock of health of any society as their functions are primarily preventive. A healthy nation is a wealthy one in all ramifications”.

He also noted that “if the PHCs falters, then the secondary and tertiary health institutions would falter, as human and material resources would be inadequate to cater to an avalanche of the unhealthy citizenry”.

The Permanent Secretary said that plans are afoot to ensure clear-cut career part with the assistance of the Ministry of Establishment, Training and Pensions for Medical Officer Health (MOHs) at the various PHCs. While he also noted that there should be more MOHs residency in community and family health care to further enhance disease prevention, especially at the community level.

Dr. Mustafa went on to recognize the importance of the NMA in the Health Sector and referred to them as a formidable force to be reckoned with while advising that doctors should begin to carry other cadres of health workers along in all ramifications because of their importance in health care.

Dr. Benjamin Olowojebutu, Chairman of Nigeria Medical Association Lagos, who led his team in his remarks said the association is mapping out a strategy for inclusive Lagos State engagement in making Mr. Governor’s THEMES agenda effective.

He emphasized that primary health centers are an important focus in health management and noted that to achieve universal coverage, adequate funding by the various arms of government must come into play. He also stated that he hopes to visit the PHCB headquarters to see a much-improved working environment for the staff.

Dr. Olowojebutu averred that there must be right coverage, improved communication, and adequate publicity for every landmark of LSPHCB in the media. This would improve information dissemination to the Lagos State public.

Present at the meeting were state executives of the Nigeria Medical Association and management staff of LSPHCB.