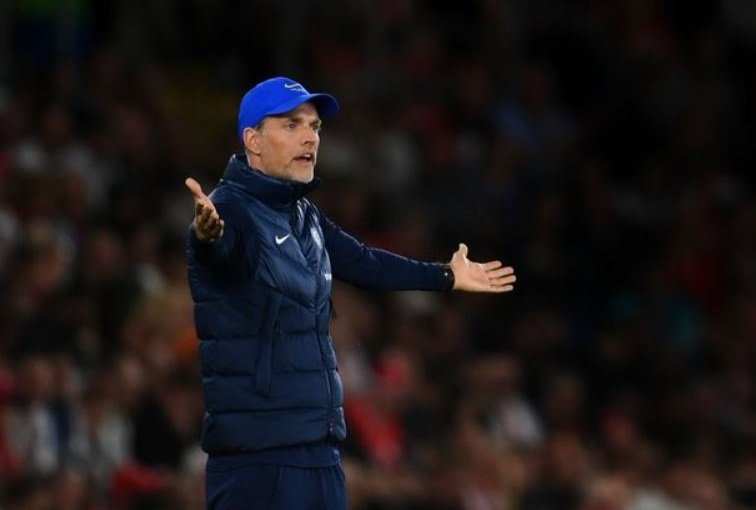 On the surface, sacking a Champions League-winning manager just weeks into a new season – and mere days after a record-breaking transfer spree around £278m ($474m) concluded – seems shocking, if not downright mad.

But Chelsea’s decision to axe German manager Thomas Tuchel six games into the Premier League campaign was not a bolt from the blue. Rather, it was the culmination of a sweeping overhaul undertaken by new owners on their 100th day in charge at Stamford Bridge – and an increasing view that Tuchel’s attitude and relationship to the board was untenable.

Tuchel was appointed in January 2021 and guided the Blues to Champions League glory within six months. He added UEFA Super Cup and Club World Cup honours, and reached the FA Cup and EFL Cup finals only to lose to Liverpool on both occasions. The 49-year-old is broadly viewed as one of the world’s finest managers.

But after a 1-0 defeat to Dinamo Zagreb in the Champions League on Wednesday (AEST) – his 100th match in charge of the Blues – he was out the door at 9.30am the next morning, the latest victim of the new ownership group’s mass cull.

In fact, The Telegraph reported that the decision had already been made: “the German would have been dismissed win, lose or draw in Croatia.”

Todd Boehly, the American part-owner of the LA Dodgers, led a consortium bid to take over Chelsea in a massive £4.25 billion ($7.25bn) deal, ousting Russian billionaire Roman Abramovich in May.

Immediately, they set about overhauling the Premier League giants with the long-term aim of catching up to the likes of Manchester City and Liverpool.

Todd Boehly has been acting the interim Sporting Director role

Director Marina Granovskaia and chairman Bruce Buck were the first out the door, before club legend and technical and performance adviser Petr Cech followed despite being asked to stay. Chelsea’s greatest-ever goalkeeper had been instrumental as a front-office employee, not just in strengthening the culture of the club, but also in transfers – it was he who fought tooth and nail for the club to sign Edouard Mendy for 20m pounds, now a paltry sum for one of the world’s finest glovemen.

The trio of departures meant that none of the executives in place at the time of Tuchel’s arrival remained. It also meant that Boehly became both chairman and interim sporting director – taking an immediate and incredibly powerful role in transfer dealings. For a man with no experience in the football industry, it was a huge risk.

Initially, Boehly and his co-owners were confident Tuchel was the man to guide the club forward, relying on his knowledge and guidance in the early weeks after the takeover.

They backed him in the transfer window, initially promising up to six new signings. They finished with nine, for a staggering spend nearing 300 million pounds – by far the most in Europe and a record for a transfer window.

But the departures of experienced transfer experts like Granovskaia or Cech meant a heavy load on Tuchel in the transfer market – something he has never relished.

“It’s not my favourite thing to do and in the long run the focus has to be on coaching because it is why I am here,” he said. “But at the moment of course my help is needed and wanted and it is of course necessary that I step up and take the responsibility.”

Nevertheless, it was Boehly and fellow co-owner Behdad Eghbali who carried the load in the transfer window, jetting across the world to sign new players. It has been widely reported that player agents contacted Boehly directly, trying to bypass the usual sequence of negotiations.

Chelsea’s transfer window, big-spending as it was, felt at times like the club had taken a scattergun approach to the market. That was the case when the Blues’ new owners were extremely keen on signing Cristiano Ronaldo, someone Tuchel had zero interest in.

According to The Telegraph, it was an early warning sign in the relationship between Tuchel and Boehly. Matt Law wrote: “the American [was] reluctant to simply take “no” for an answer from Tuchel, who, according to sources, seemed exasperated at having to explain his reasons for not wanting the Portuguese.”

Respected German journalist Christian Falk claims Tuchel even told Boehly: “He [Ronaldo] will destroy the spirit in my dressing room.”

Ronaldo was left at Old Trafford, while Tuchel was backed to sign his former Borussia Dortmund charge Pierre-Emerick Aubameyang on deadline day. Even still, it had been a chaotic transfer window, and the relationship between owner and manager was fraying.

The Telegraph reports the owners set up a WhatsApp group with Tuchel to improve their communication and discuss transfers – never mind the fact that Tuchel has long preferred to keep his distance from owners and club hierarchies, and instead rely on his tight-knit group of coaches to solve any problems on the field.

Tuchel publicly stated he wasn’t interested in helping guide the search for a new sporting director. For Boehly, who has operated his LA Dodgers franchise with a long-term approach and was seeking to do the same at Chelsea, Tuchel’s unwillingness to adapt and engage in the process of long-term reform was a major factor in the German’s sacking. The Telegraph reports: “There is also a desire for all of Chelsea’s departments to become more intertwined and cooperative.”

On the field, results were sliding and Tuchel was more irritable than ever. His ugly touchline stoush after the draw at Spurs earned him a hefty fine and a one-match ban; his series of rants about his players’ performance and mentality did him no favours in the dressing room either.

The club slumped to three straight away defeats, the latest a bizarre loss to Zagreb. Tuchel changed formation three times in just 45 minutes – and once again blew up after the defeat.

He ranted: “I’m angry with myself and I’m angry with our performance. This is a huge underperformance from all of us. It’s not precise enough, it’s not clinical enough, it’s not aggressive enough. It’s not determined enough and not enough individually and not enough as a team and that’s why we lose this game … A lack of determination, a lack of hunger and a lack of intensity actually to do the things that we need at the highest level.”

Tuchel moved Mason Mount from central midfield to the left side before shifting him again to a central attacking midfield role. Tuchel’s muddled tactics and deployment of players in unusual positions placed a strain on the playing group.

The Telegraph wrote: “The atmosphere at Chelsea’s training ground has been described as tense and Tuchel’s popularity nose-dived with a group of players who felt they had been treated unfairly, both in terms of team selections and the positions they were asked to play.”

Hakim Ziyech exemplifies this point. On the outer of the squad under Tuchel, he tried to negotiate a move away from the club – only for Tuchel to start the player in the defeat to Southampton. The player was dropped immediately for the following game, only to be thrown on in an unfavoured left wing-back role at halftime in Zagreb. His performance did his manager no favours.

In the end, it wasn’t results on the field but Tuchel’s attitude of it that proved his demise. Chelsea’s new owners want a long-term revolution, and a manager who is equally committed to that process – and their relationship. Tuchel was not that man. Graham Potter might just be.