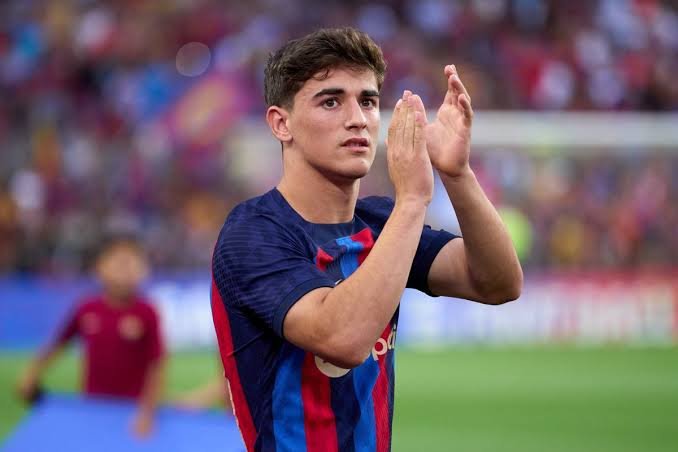 Barcelona midfielder Gavi has signed a new four-year contract with the club – which includes a massive €1 billion release clause.

The 18-year-old committed his long-term future to the Catalan giants on Wednesday and they’re desperate to keep hold of one of their biggest assets.

He made his first-team debut in August 2021, aged 17 years and 24 days, becoming the fourth-youngest player in the club’s history.

Gavi has started in all Barcelona’s La Liga matches this season.

He became the club’s third-youngest scorer when he netted against Elche in December 2021.

The former youth product has also been a vital player for Spain since making his debut in October 2021, becoming the youngest player to represent his country at full international level.

He became the national team’s youngest scorer by scoring against the Czech Republic in June – aged 17 years and 304 days – breaking the record set in 2020 by Barca team-mate Ansu Fati.