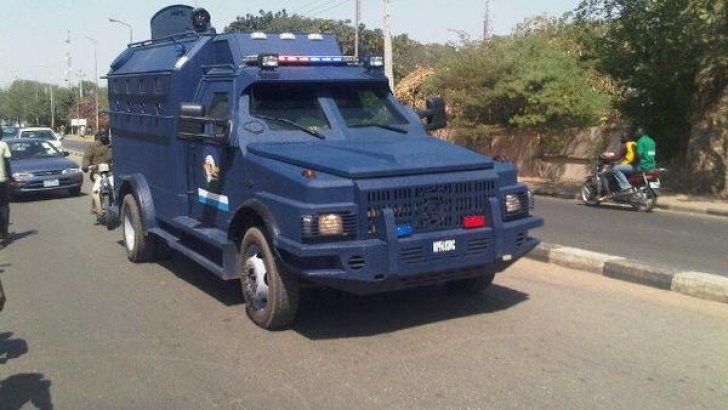 The Abia Police Command has arrested 10 members of a dare-devil armed robbery gang that allegedly robbed a bullion van on July 26 and carted away about N390 million.

The Commissioner of Police, Janet Agbede, said that the suspects belonged to a 14-member gang that specialised in bullion van robbery in different parts of the country.

She said that they were arrested at different times and locations in Abia, Delta, Lagos, Ondo, Rivers and Imo.

Parading the suspects before newsmen at the command’s headquarters in Umuahia on Monday, she said that the arrest was made possible by “a special intelligence, technologically-led investigation squad”.

She said that the squad was set up in the aftermath of the July attack, which occurred at Ntigha Junction on the Isialangwa axis of the Enugu-Port Harcourt Expressway.

“Agbede said:”I carefully studied their modus operandi and set up a special intelligence, technologically-led investigation squad, with a clear directive to arrest and recover weapons used by the deadly armed gang.

According to her, the effort of the squad led to the arrest of the suspects at different locations and days.

Agbede said that the suspects confessed to the crime “In their individual voluntary statements.”

She also said that the suspects confessed to have robbed bullion vans in Ajah in Lagos, Akure Road in Ondo State, Asaba and Mbaise in Imo.

She said the suspects confessed that the Abia attack was executed after they successfully mounted about two months surveillance on the bullion van.

The suspects included Adesoji Adeniyi, aka “Soji”, and Albert Nwachukwu, aka “White”, arrested in Lagos State.

The rest were Nnamdi Nwaosu, aka “Prophet”, Monday Samuel, aka “MD”, and Matthew Christmas, aka “Aluwa”, arrested in Imo, Ondo and Delta, respectively.

Other suspects were two brothers from Abia, Chikwendu and Prosper Israel, who were arrested in Abia.

Prosper told newsmen that he joined his brother in criminal activities after he was dismissed from the Department of State Services.

Others were one Cut-to-size double barrel gun with five live cartridges and 84 AK47 magazines.

The operatives also impounded a Mercedes Benz truck allegedly used by the gang to conceal their firearms.

They also recovered N10,184,000 from the suspects out of the N390 million allegedly stolen from the bullion van.

The state police chief said that investigation was still in progress to ensure the arrest of other members of the gang still at large.

NAN recalls that the affected bullion van was conveying cash from a bank in Aba to Umuahia, when it reportedly ran into a blockade mounted by the robbers.

Police confirmed that the robbers shot and killed the bank’s Cash Officer, while three of the escort policemen sustained bullet injuries.

They also confirmed that one of the gunmen was neutralised during the gun battle that ensued.

Agbede has appealed to Abia residents to continue to assist the command with useful and timely information to enable it take proactive steps in fighting crime.

She said that the command had devised strategies to restore adequate security in Umunneochi and other parts of Abia that had become notorious for kidnapping and banditry.