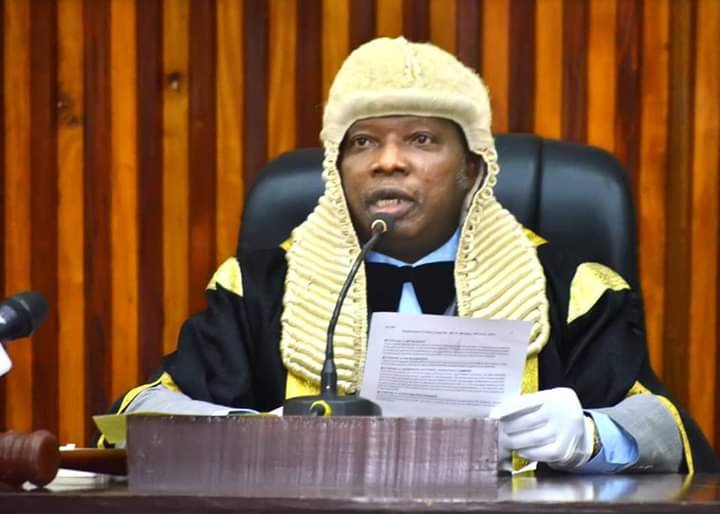 The speaker of the Ogun state House of Assembly, Olakunle Oluomo, was arrested by the Economic and Financial Crimes Commission at the Muritala Muhammad Airport in Lagos State.

According to information obtained by correspondents, the speaker was arrested in connection to allegations bordering on financial offences.

According to a staff member in the assembly who requested anonymity, operatives picked up the speaker this morning at the Murtala Mohammed Airport in Ikeja, Lagos, after receiving a tip.

According to the source, Oluomo was being questioned further while being held by the agency.

Due to his repeated inability to accept the EFCC’s invitation, he allegedly appeared on the commission’s wanted list.

He and a few others were charged with forging the assembly’s financial records and signatures.

Confirmation from the EFCC could not be obtained because Ayo Oyewole, the spokesperson for the Lagos zonal office, would not take calls.