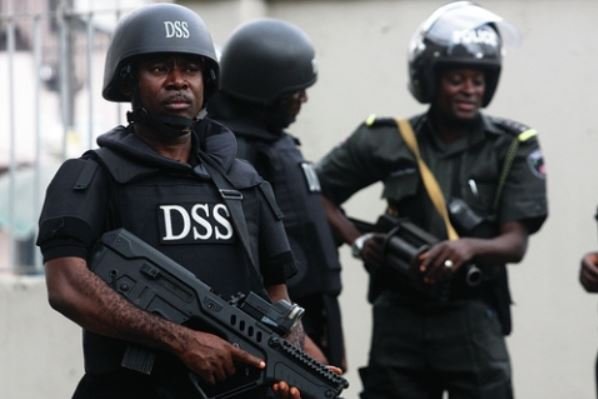 The Department of State Services (DSS) says its operatives do not engage in abduction of Nigerians as claimed in a publication by an online medium.

A statement by Peter Afunanya, the Public Relations Officer of the DSS in Abuja, said the service only carry its activities within the confines of the law.

He said the online medium had quoted Amnesty International as stating that the DSS abducts innocent Nigerians under President Muhammadu Buhari regime.

Afunanya dismissed the report as false, and an attempt to deliberately tarnish the image of the Service.

“Whether reported by the online platform or Amnesty International, the Service outrightly denies this misleading narrative. It does not abduct Nigerians.

“At no time has the agency embarked on its actions without following laid down procedures in respect of obtaining warrants of arrest or orders for detention from competent legal authorities.

“The claim of abduction or use of enforced disappearances is an absolute lie and a make-up narrative designed to bring the Service to disrepute,” he said.

According to him, the DSS is law abiding and committed to the protection of citizens and sensitive government installations.

He assured that the service would continue to discharge its mandate of intelligence collection and timely dissemination of same to relevant action agencies and stakeholders.

“Public attention should, however, be drawn to the deliberate and determined efforts of the publisher of the online platform to use his medium to undermine law and order.

“He is known to have, on several occasions, engaged in false and distorted publications to misinform the public,” he added.

Afunanya called on the publisher and his cohorts to desist from acts that would undermine the peace and security of the nation.

He urged media practitioners in the country to rise above parochial considerations and sanitise its fold to fish out quacks in the system.