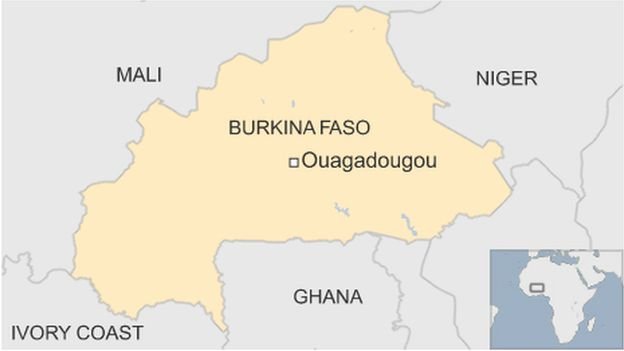 At least 35 civilians have been killed by a bomb that hit a convoy of vehicles in the north of Burkina Faso where jihadist militant groups are active, the authorities say.

Dozens of others suffered injuries.

Supplies are sent to towns that would otherwise be cut off by terrorists by convoys guarded by the army.

Despite a coup in January led by soldiers who promised to address the security situation, deadly attacks have increased in Burkina Faso.

The blast on Monday occurred on a road between the towns of Djibo and Bourzanga, where militants have been attacking villages, police stations, and military installations for the previous seven years.

According to the local government, one of the convoy’s cars accidentally ran over an improvised explosive device. No group has claimed responsibility for the deaths.

The victims were mainly traders who were going to buy supplies in the capital, Ouagadougou, and students who were returning to the city before the start of term next week, one resident told the BBC.

The government claims that in an effort to combat the militants, it has stepped up the army’s “offensive activities” and opened dialogue with a number of armed organisations.

It argues that this strategy has allowed dozens of young people to lay down their arms and for some communities to go back to their villages.

This latest attack comes days after the military leader Lt-Col Paul-Henri Damiba met with his counterparts from Mali and the Ivory Coast to explore how to cooperate to address the region’s security issues.

In January, Burkina Faso’s President Roch Kaboré was ousted by military men driven by concerns over the government’s inability to deal with growing militant Islamist violence.

“We have more than what it takes to win this war,” Lt-Col Damiba said when he was sworn in as president in February.

However, going by the number of attacks in recent months, citizens are not safer.

A number of relief organisations said on Monday that a tenth of the population had been displaced due to the crisis. More people have fled during the first half of this year than the whole of 2011 combined, they noted.