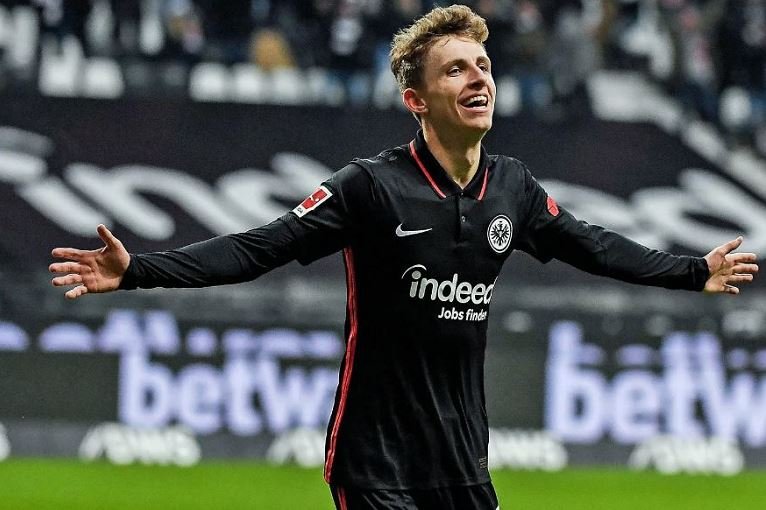 Juventus midfielder Manuel Locatelli, 24, has been linked with a move to Arsenal. The Italian has failed to impress boss Massimiliano Allegri since a £30m switch from Sassuolo. (Calciomercato via Sun)

Flamengo’s vice-president says there has been “no proposal” for Joao Gomes, 21, with the Brazilian midfielder linked with Liverpool and Manchester United. (ESPN – in Portuguese)

Manchester United were reportedly interested in offering Belgium midfielder Andreas Pereira, 28, as part of a swap deal for Gomes in the summer, before Pereira joined Fulham. (Talksport)

Jude Bellingham has been monitored by Liverpool

Arsenal have contacted Eintracht Frankfurt attacking midfielder Jesper Lindstrom, 22, over a £17m move for the Dane in January. (Bild – in German)

No club matched the asking price in the summer for PSV Eindhoven’s 23-year-old Netherlands winger Cody Gakpo, who was linked with a move to Manchester United, Southampton, Leeds United and Arsenal. (Voetbal International via TalkSport)

Celtic manager Ange Postecoglou says leaving to take charge of Leicester City is “not on my radar”. (Sky Sports)

Barcelona’s 34-year-old Spain midfielder Sergio Busquets is willing to join Major League Soccer side Inter Miami, co-owned by David Beckham, at the end of his contract next summer. (Sport – in Spanish)

The two-year contract extension signed in July by Barcelona’s France midfielder Ousmane Dembele, 25, included a €50m (£43.7m) release clause, which will be valid from next summer. Dembele would receive half that fee after agreeing to waive a signing-on bonus. (L’Equipe – in French)