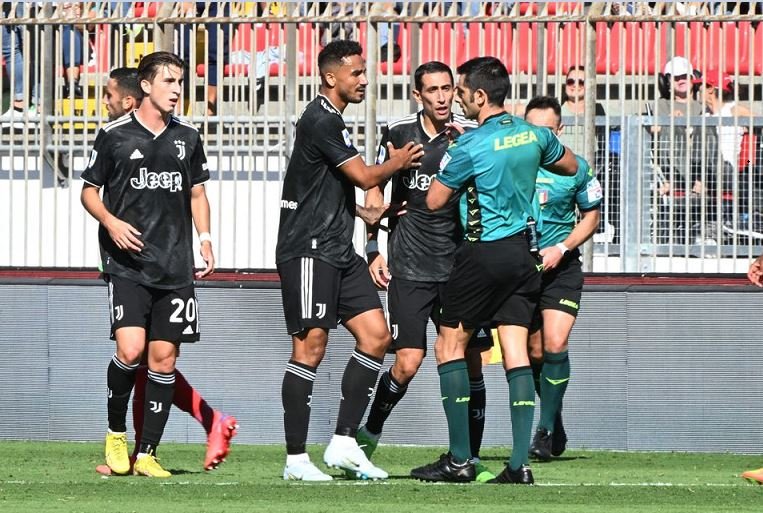 Monza took a surprising but deserved 1-0 home win over Juventus on Sunday, their first Serie A victory of the season, as the visitors struggled after being reduced to 10 men.

Juve key player Angel Di Maria’s return from injury was cut short when he was sent off five minutes before the break after elbowing Armando Izzo in the chest.

“We need to do better, certainly. The red card affected the game; Angel was a bit harassed by Izzo, a player who is known for using these tactics, and he fell for it. I didn’t see the replay but was told it was the right decision to send him off,” Juve’s assistant manager Marco Landucci told DAZN.

Juventus had half-chances in the first half but were struggling to create momentum, while Monza were effective in breaking down the play in midfield.

Dusan Vlahovic had several attempts on goal but none of them were difficult for Monza goalkeeper Michele Di Gregorio to stop.

Newly-promoted Monza smelled blood in the second half and pressured the opposition defence to make mistakes, while Juve tried to look for counter-attacking chances.

Substitute Christian Gytkjaer became the hero when he slid in the winner from Patrick Ciurria’s cross in the 74th minute.

Moise Kean came close to equalising for Juventus in the 81st minute when his header was on target, but Di Gregorio was alert and held it firmly in his grip.

Manager Massimiliano Allegri was not allowed on the bench for Juve’s first Serie A loss of the season, after being sent off last Sunday in the 2-2 home draw against Salernitana for protesting about a disallowed VAR goal.

“Obviously, nobody is happy right now, but in order to emerge from this situation we can only work hard and do better,” Landucci said.

“We started well and then stopped playing, so the only method is to work and everyone raises their game to work in the same direction.”

Juve fielded a depleted team as Arkadiusz Milik and Juan Cuadrado were suspended for the game, while Federico Chiesa, Kaio Jorge, Paul Pogba, Manuel Locatelli and Alex Sandro were all injured.

Monza next travel to Sampdoria on Oct. 2, after the international break, while Juventus host Bologna on the same day.

Juventus remain eighth in the standings but are now six points behind leaders Udinese after seven matches, while Monza moved up to 18th place with four points.