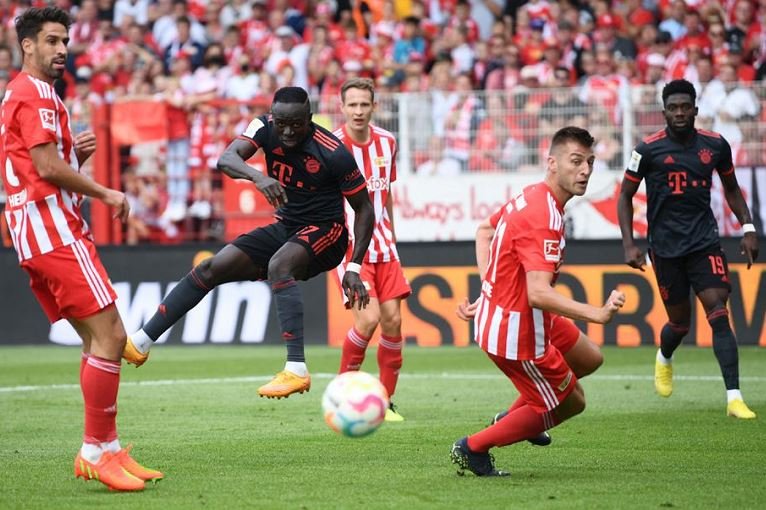 Bayern Munich stumbled to their second 1-1 draw in a row on Saturday, coming away from Union Berlin with only the one point and dropping off the top of the Bundesliga table.

The Bavarians, who also drew 1-1 against Borussia Moenchengladbach last week and travel to Inter for their Champions League group opener next week, are third on 11 points, as many as Union.

Freiburg moved into top spot on 12 points thanks to a 3-2 win at Bayer Leverkusen. Borussia Dortmund are also on 12 after their 1-0 win over Hoffenheim on Friday.

The hosts, enjoying their best ever Bundesliga start and looking for their first win over Bayern, were never intimidated by the champions and went in front through the league’s leading scorer Sheraldo Becker with a perfect volley at the far post.

Becker, who has scored in his last three consecutive matches now, is on five goals.

Their lead was short-lived, however, with Joshua Kimmich thundering a low drive into the far corner three minutes later.

The Bavarians came agonisingly close to a second goal in the 37th when Jamal Musiala weaved his way into the box and flicked a sensational ball to send Leroy Sane through, only for his shot to be blocked by keeper Riis Ronnow.

Union’s solid backline, the second best in the league behind Bayern, hardly missed a beat and held firm in the second half as the visitors looked for ways past it.

The hosts also lurked on the break and forced a superb one-handed save out of Bayern keeper Manuel Neuer in the 75th who palmed Jamie Leweling’s shot wide after a fine run.

Union’s Ronnow matched it with a sensational save of his own, tipping a looping Sadio Mane header over the bar in stoppage time to protect their point.

Everton play out a pulsating draw with Liverpool