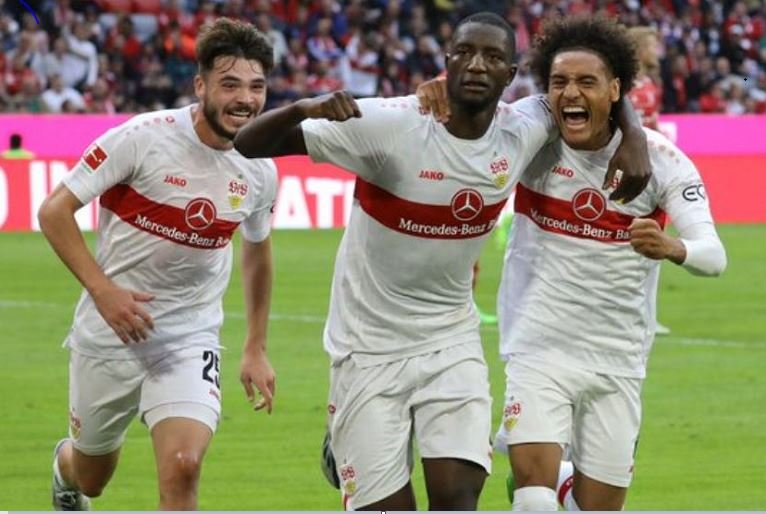 Serhou Guirassy earned a point for Stuttgart with an added-time penalty as Bayern Munich drew their third consecutive Bundesliga game.

Guirassy found the top corner in the 92nd minute as goalkeeper Manuel Neuer remained rooted to the spot.

Chris Fuhrich equalised for the visitors before Jamal Musiala handed the Bundeliga holders the lead for a second time.

The 19-year-old’s fourth league goal of the season looked as if it would secure a first league win in three league games for the hosts, before Guirassy was brought down in the area by Matthijs de Ligt.

The forward opened his Stuttgart account as the side move up to 13th in the table, while unbeaten Bayern remain top with Freiburg level on points with a game in hand.