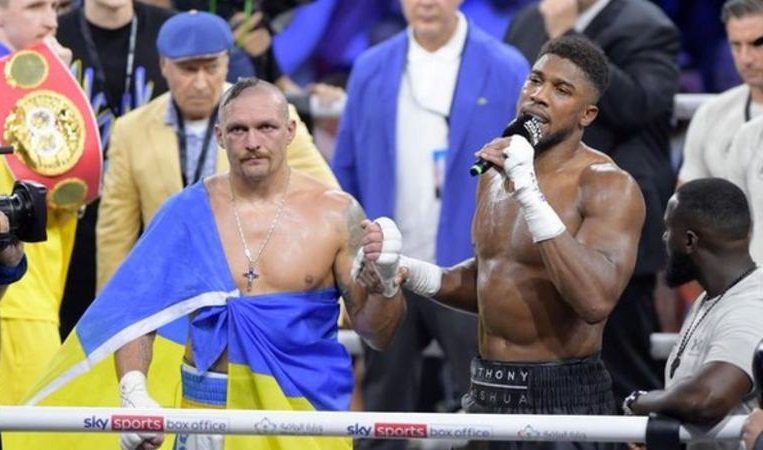 Anthony Joshua has accepted WBC champion Tyson Fury’s terms for an all-British heavyweight fight on 3 December and is “awaiting a response”, his management company has said.

Anthony Joshua, 32, was sent an offer by Team Fury, suggesting a 60-40 purse split to the champion and a December fight date.

The fight was agreed on Friday but the announcement was delayed because of the death of the Queen last Thursday.

In a statement posted on Twitter and shared by Joshua, 258MGT said: “258 and Matchroom Boxing can confirm, on behalf of Anthony Joshua, that we accepted all terms presented to us by Fury’s team for a fight.”

Fury, 34, had said he was retiring after beating Dillian Whyte in April, and reiterated that claim last month, before challenging former world champion Joshua in a video posted on social media.

Joshua was beaten by Ukrainian Oleksandr Usyk in their rematch in Saudi Arabia last month, his third defeat in his past five bouts.

There is a rematch clause with a 50-50 split if Joshua beats Fury, but the venue for the December fight, should it go ahead, is yet to be confirmed.

Cardiff’s Principality Stadium has been mooted, while Saudi Arabia or another country in the Middle East could also host it.

There are still hurdles to overcome before the fight is finalised, with both fighters signed to rival promoters and broadcasters, although two-time champion Joshua this week entered the WBC rankings in sixth position in another significant development.

A boxer must be ranked in the top 15 by all governing bodies to challenge for a world title.

Mendy found not guilty of one count of rape