All gunmen caught In Anambra are Igbo - Soludo
Advertisement 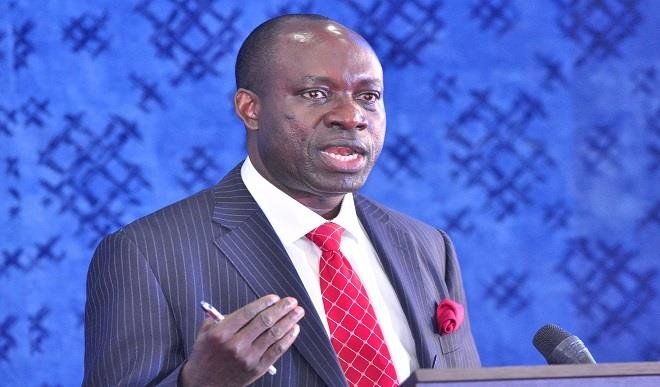 Anambra State Governor, Professor Charles Soludo on Sunday revealed the identity of gunmen terrorising parts of the state, saying all of those caught are Igbos.

Most of the attacks have been linked to members of the proscribed Indigenous People of Biafra and its militant wing, the Eastern Security Network.

Reacting to the attacks during an interview on Channels Television’s Sunday Politics, Soludo said the present administration in Anambra has successfully brought the security threats in the state to the lowest level.

“Let me be clear about it; 100% of the people we have caught are Igbos. It is not about some people invading from somewhere; it is 100% Igbos on Igbos, that is the fact,” the governor said.

“The first set of people we caught were 100 per cent Igbos from other south-east states and none from Anambra.”

“But as we went on, we then discovered that a whole lot of the youths who have been taken to these bushes that got indoctrinated and initiated into all these kinds of things also happen to be citizens of Anambra state or indigenes of Anambra.”

Before Professor Soludo took over the leadership mantle in the state, residents of Anambra have been living in fear as hardly would a week pass by without the report of an attack.

He told Channels Television on Sunday that the security situation has greatly improved, and attributed the feat to the efforts of the security forces.

“Giving where things were when we came, we are not saying that Anambra is 100% secured but everybody in Anambra – the 8.5 million residents of Anambra can testify to you that insecurity in Anambra has come down to the barest minimum.”

“Fifteen camps here decimated. Even yesterday, some other places they were gathering were decimated; we have degraded their infrastructure and I don’t think they have the capacity again to come with the kind of ferocity they had in the past,” he added.

Canada may need a recession to cool down inflation