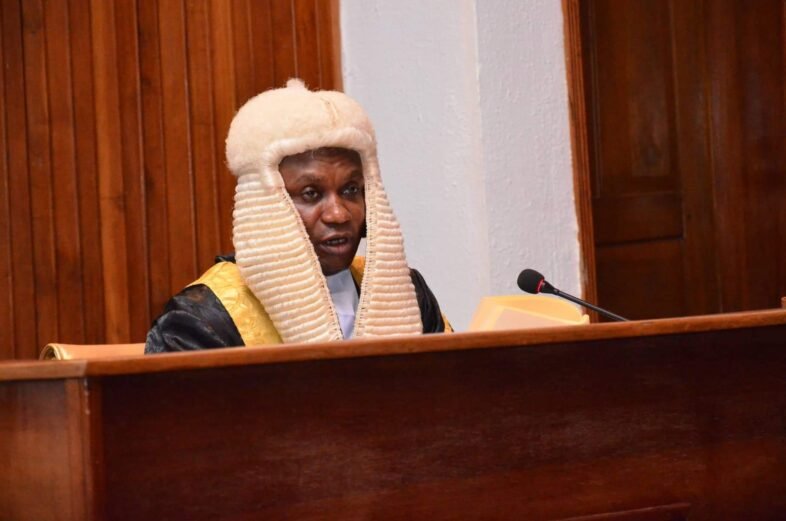 The Abia State House of Assembly on Wednesday passed the Discrimination Against Persons with Disabilities bill into law.

Chinedum Orji, speaker of the Assembly, made this known during the plenary session, adding that the law would be cited as “The Abia State Commission for Disabled Persons Law.”

He congratulated his colleagues and said that the 7th Assembly was committed to promoting people-oriented bills. The bill should be deemed effective from Aug. 31, 2022, upon being assented to by the state Governor Okezie Ikpeazu.

The Deputy Majority Leader, Mr Paul Taribo, who sponsored the bill, described it as a landmark bill that would go a long way in placing the destiny of persons with disabilities in their own hands. Taribo, who is representing Ukwa East, expressed gratitude to the Speaker and other members of the House for their efforts in ensuring the passage.

“I’m confident that it will soon be assented to by the governor and implemented, in order to give persons with disabilities a sense of belonging.”

The Executive Director of the Centre for Citizens with Disabilities (CCD), Mr David Anyaele, who has been fighting for the welfare of persons with disabilities, applauded the lawmakers for the passage.

Anyaele described the passage as a strong demonstration by the lawmakers that all lives are precious, in particular the lives of residents with disabilities.

“Persons with disabilities in Abia State are the most excluded from governance at the subnational level in Nigeria due to the absence of a legal framework for the protection of their rights and dignity”.

“With the passage of this bill, the end of the exclusion of Abia residents with disabilities from governance by state and non-state actors is coming to an end.”

Meanwhile, he called on the Clerk, Mr. Pedro Irokansi, to speedily clean up the bill for onward transmission to the governor for his assent.

Anyaele further urged the governor not to hesitate to sign the bill into law, “as his wife has committed so much to get this bill passed.”

Related Topics:AbiaSpeaker Chinedum Orji
Up Next