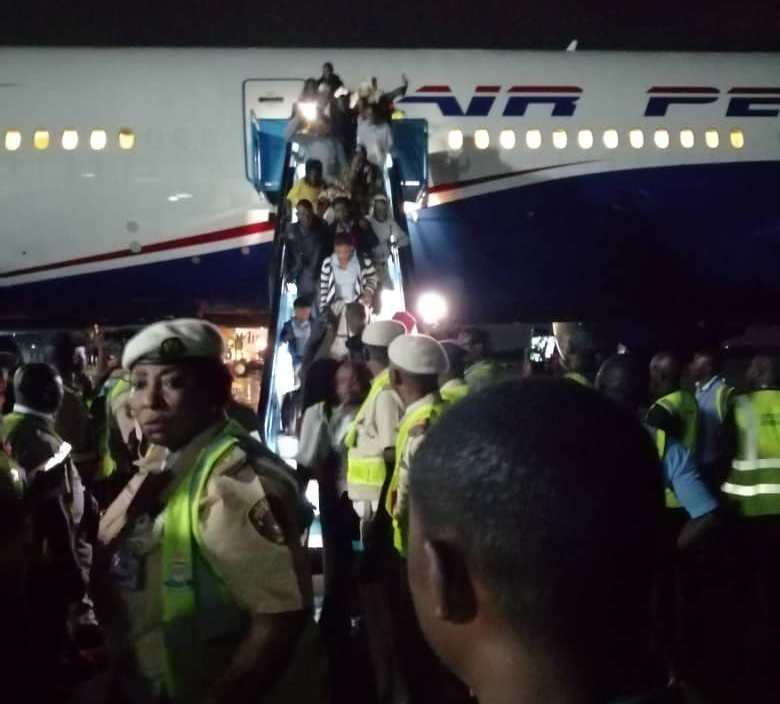 Suleiman-Ibrahim told NAN in New York at the 77th session of UN General Assembly that the refugees would be repatriated from Niger, Chad and Cameroon.

She spoke on the sidelines of High-Level Side Event on “Strengthening Resilience and Sustaining Development: A Humanitarian Development Peace Approach to Leaving No one Behind.”

“We have almost about 500,000 awaiting repatriation. The next batch will consist of 1,000 people and it is spontaneous returns that is happening now, and we are looking after them as they come back,’’ the commissioner said.

According to her, there is a Presidential Committee on Repatriation in the North -East and the committee is to complement the Technical Working Group on repatriation, which is chaired by the Commission.

“It is a process that has been ongoing, and we have started repatriation, we are experiencing involuntary returns from Nigerians in those countries.

“So, it’s going to happen before the end of Mr President’s tenure. We would have brought everybody back home and there is funding allocated for us.”

Earlier at the event, Gov. Babagana Zulum of Borno, said that over 90,000 repentant Boko Haram/ISWAP terrorists had voluntarily surrendered to the army for disarmament, de-radicalisation and reintegration.

“I want to bring to the notice of this gathering that within the last one year, Borno State government, and indeed the Federal Government has so far received over 90,000 repentant Boko Haram and ISWAP members.

“This has never happened anywhere in the history of the world, the insurgency is coming to an end.,” he said.

According to him, the acute humanitarian crisis, has been devastating on social and economic impact on the population, other deepening fragility and poverty in the Northeast sub region.

“But today, none of our local government areas are under the control of Boko Haram insurgents.”

Zulum said the Borno State government with the support of the Federal government, and indeed, the entire UN family had strengthened the resilience of the community.

He said that they had ensured peace building social cohesion, and sustainable development in the entire North- East sub region of Nigeria.

“I’m glad to inform you that the President has also inaugurated the Committee for the repatriation of all Nigerians that are living in the Republic of Chad, Cameroon, as well as Niger.

“And to this effect funding have been approved. And before the expiration of the tenure, we shall ensure complete repatriation of all the Nigerians that are living in other countries.”

Zulum urged the government of Nigeria, the UN and other development partners to shift their focus on providing immediate humanitarian support to medium and longer term sustainable and durable solutions that would address the increasing problems.

“This is very important, as it has been said, by the UN Under-Secretary, the root causes of the insurgency are leading to endemic poverty, advancing illiteracy, social inequality, drug abuse, mitigate climate action, among others.

“Therefore, we shall do everything possible to address these challenges,’’ he said.

He further urged the UN to ensure establishment of a strong monitoring and evaluation mechanism that would ensure sub national governments take the lead through effective community participation.

“The UN partners that are coming to the Northeast must partner with sub national governments. This is something that must be done in order to address the root causes,” the governor said.

He commended the Federal Government, UN Deputy Secretary and the Secretary General for the historic visit of UN top official, Under Secretary for Humanitarian Affairs, Mr Martin Griffiths to Nigeria and to Borno State.