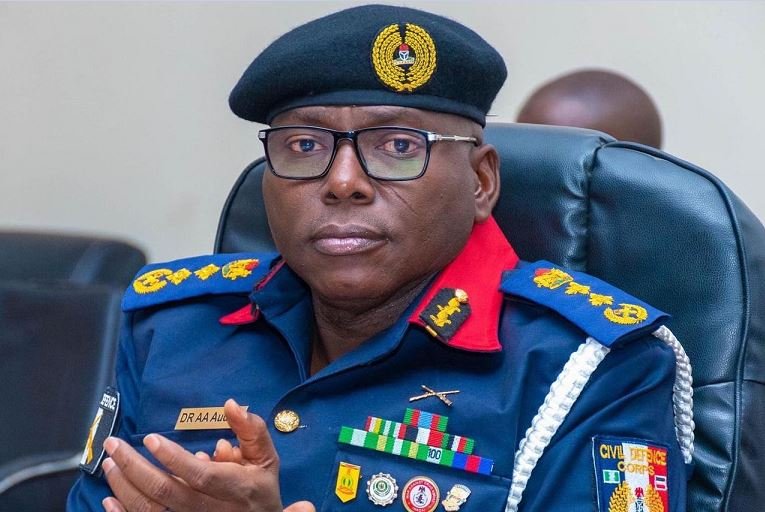 The Nigeria Security and Civil Defence Corps (NSCDC) is to deploy 30,000 operatives to ensure peace during the upcoming general elections in Nigeria.

Nigeria, Africa’s most populous nation is billed for another general election, starting on February 25 next year, when the president and vice-president will be elected.

A crowded field of 18 political parties are expected to field candidates, in a landmark election, viewed by analysts to be a three-horse race of the Labour Party, Peoples Democratic Party and the ruling All Progressives Congress.

Speaking at the flagship News Agency of Nigeria (NAN) Forum in Abuja on Sunday, the Commandant- General of the NSCDC, Dr Ahmed Audi, said the operatives would be deployed nationwide to maintain peace.

According to him, the NSCDC has perfected plans to deploy all resources needed to provide security during the election.

“The corps is poised fairly, and ready to apply all the arsenals needed to provide security and safety for the elections.

“We have an operations department of over 30,000 personnel but then we will also deploy others when the time comes.

Audi said that the corps had also perfected plans to begin seminars and workshops in October to discuss the preparedness of the organization towards the general elections.

“We want to tell our people that if you go and involve yourself by becoming partisan you are on your own.

“There are certain things we have introduced in our Standard Operating Procedure — that once you go partisan and you are caught, you will face sanctions and you are on your own.

“So we are ready to partake in the election like I said because we are apolitical and we are going to provide a level-playing field for all citizens to be involved in the elections and exercise their franchise.”

Audi said that the NSCDC partook in election activities because it’s a member of the Inter-agency, Consultative Committee on Election Security.

“Police is the lead agency actually because it’s a fact that they are in charge of internal security but we have other services in that committee which includes the military, para-military and virtually all security agencies.

“We are ready and you know that our role as a security agency is supposed to be apolitical and neutral,” he said.

Nigerians, civilians should not get gun permit – NSCDC