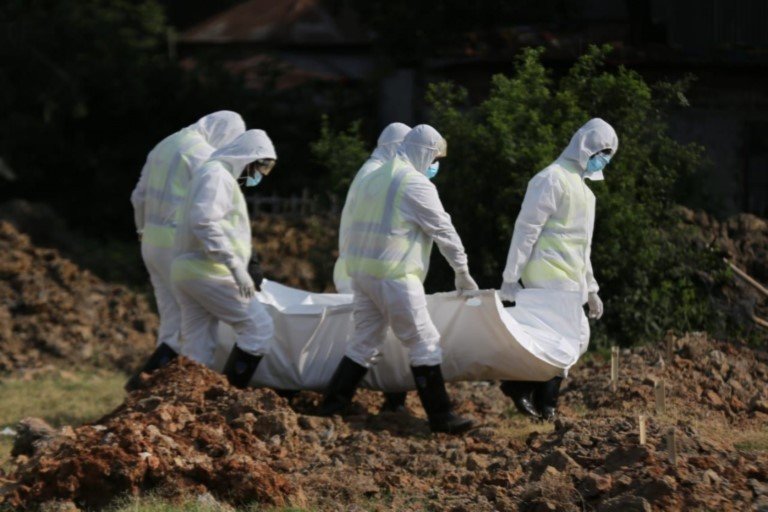 The World Health Organization (WHO) estimates that as of 2022, one million COVID-19 fatalities had been reported globally. In light of this “tragic milestone,” more people should get vaccinated against COVID-19.

The WHO’s director-general, Tedros Ghebreyesus, revealed this on Thursday at an online media briefing.

In an effort to immunize 70% of the world’s population, he asked all countries to intensify efforts to vaccinate all healthcare professionals, the elderly, and other groups at the greatest danger.

The head of the WHO expressed his happiness that some of the regions with the lowest immunization rates, particularly Africa, were making progress.

“We cannot say we are learning to live with COVID-19 when one million people have died with COVID-19 this year alone. When we are two-and-a-half years into the pandemic and have all the tools necessary to prevent these deaths,” Mr Ghebreyesus said.

“In January, WHO and partners launched the COVID-19 Vaccine Delivery Partnership, focused mainly on the 34 countries that were at or below 10 per cent coverage.

All but six are on the continent,” he explained. “Today, only 10 countries still have less than 10 per cent coverage, most of which are facing humanitarian emergencies.”

He continued by saying that even while coverage of high-priority groups had made encouraging progress, more needed to be done because one-third of the world’s population was still unvaccinated.

According to Mr. Ghebreyesus, this includes two-thirds of healthcare professionals and three-quarters of elderly people in low-income nations.

Although the number of cases worldwide decreased by more than 20% last week, he claims that intense monkeypox transmission is still occurring in the Americas region.

He said that the situation had now changed. He also mentioned that the majority of cases in the early stages of the outbreak were in Europe, with a lower number in the Americas.

Less than 40% of documented cases, according to Mr. Ghebreyesus, were in Europe, while 60% were in the Americas.
“However, in Latin America in particular, insufficient awareness or public health measures are combining with a lack of access to vaccines to fan the flames of the outbreak,” he said.

He claimed there were indications the outbreak was waning in Europe, where a mix of successful public health initiatives, behavior modification, and vaccination was assisting in the prevention of transmission.

World Record: S1.6 billion worth of meth seized at border