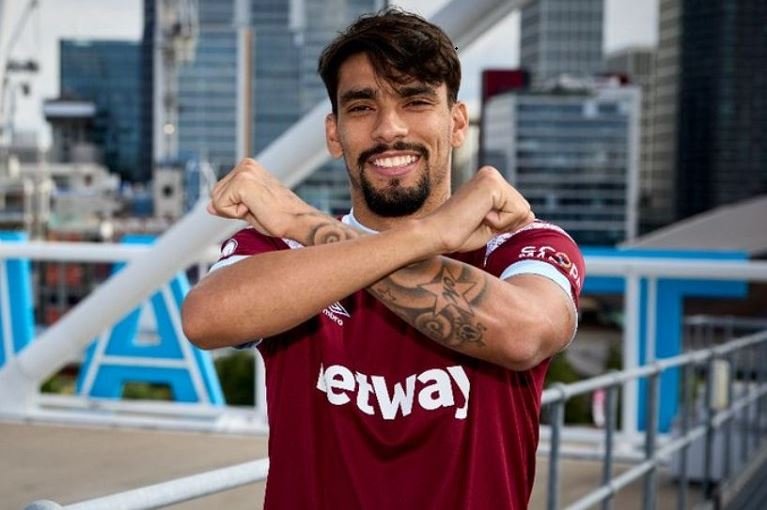 The 25-year-old, who is expected to be part of the Brazil squad at this year’s World Cup, has joined from Lyon.

Hammers boss David Moyes added: “Whilst he will need time to adapt, we’re excited about adding another proven international to our squad.”

Lucas Paqueta on the roof of London Stadium saying ‘Come on you Irons’.

“Last season, West Ham had a very good season and I hope they continue to enjoy more and more good seasons in my time at the club,” he added.

“I am excited to pull on the West Ham shirt and show the fans what I can do, to help my team-mates and the club.”

He has scored seven times in 33 games for Brazil and played for Lyon against West Ham in last season’s Europa League quarter-final, which the Hammers won 4-1 on aggregate.

Paqueta has scored 21 times and contributed 14 assists in his 80 appearances for Lyon.

Hammers boss David Moyes has spoken about the difficulties he has encountered signing players this summer as he bids to maintain momentum after last season’s run to the Europa League semi-final.

Paqueta is West Ham’s eighth signing of the summer.

The Hammers have three points from their first four Premier League games and host Tottenham on Wednesday (19:45 BST).

They will compete in the group stage of the Europa Conference League.