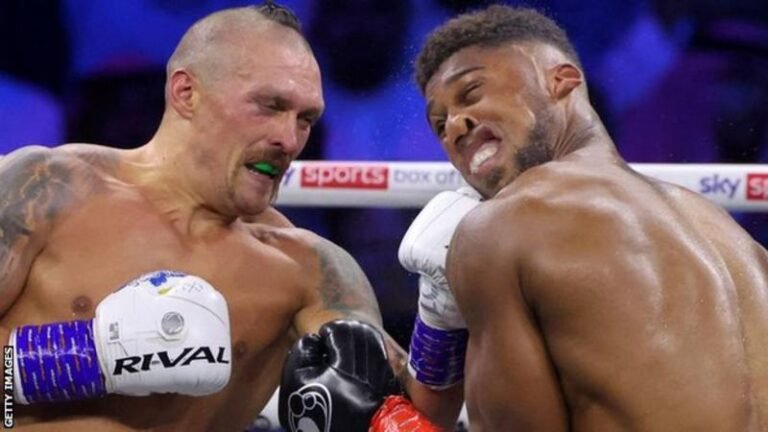 In a thrilling 12-round fight, Oleksandr Usyk defeated Anthony Joshua for the second time in a row to successfully defend his unified WBO, WBA, and IBF world heavyweight belts.

On the cards of Viktor Fesechko of the Ukraine and Steve Gray of the United Kingdom, Usyk won by scores of 116–112 and 115–113, respectively, in the King Abdullah Sports City Arena in Jeddah. Glenn Feldman of the USA gave Joshua a 115-113 advantage.

After the fight, a furious Joshua – in an odd move – grabbed up two of Usyk’s belts, dropped them to the ground, and stormed towards the dressing room before turning around and entering the ring to deliver an emotional speech.

“Usyk is a fierce combatant. That’s simply emotion, “He remarked. “You would comprehend the passion if you were familiar with my story. I’m not a beginner in the sport of boxing. I was about to go to jail until I was granted bail and I began working out.

“It demonstrates the intensity with which we approached this. Please give him a round of applause as the new heavyweight world champion because it speaks volumes about the amount of effort this man must have put forth to defeat me again tonight.

Joshua has now suffered back-to-back defeats against the Ukrainian champion.

Three of the four main heavyweight belts are held by Usyk. From his collection, one is missing. The WBC belt is still held by Tyson Fury, who has allegedly retired. Usyk is just interested in that particular fight.

The champion affirmed that Tyson Fury was not yet retired. “I’m positive that he wants to fight me.