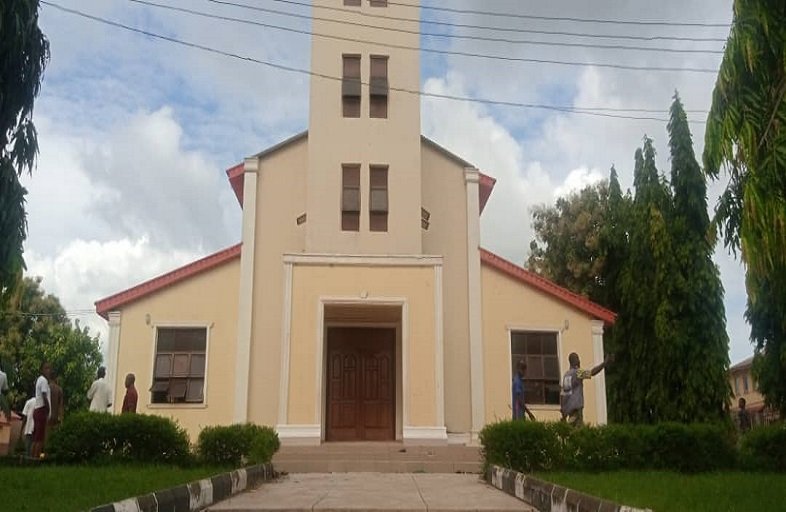 Two more of the attackers who carried out the attack on the St. Francis Xavier Church in Owo, Ondo State, on June 5 have been apprehended.

Numerous more suffered various injuries, and the attack claimed the lives of over 40 worshipers.

During a meeting with certain media executives on Tuesday, the Chief of Defence Staff (CDS), Lucky Irabor, said that four of the assailants had been detained.

Idris Abdulmalik Omeiza (also known as Bin Malik), Momoh Otohu Abubakar, Aliyu Yusuf Itopa, and Auwal Ishaq Onimisi were among those detained, according to Mr. Irabor, a general, who claimed the arrest was made possible by a joint operation with SSS agents.

The assailants, who are associated with the terrorist organization ISWAP, were reportedly apprehended on August 1 in Kogi State’s Eika Local Government Area.

Only a few hours have passed when the CDS announced that four of the attackers had been taken into custody. Since then, two further arrests have since been made.

According to a statement released on Thursday by Jimmy Akpor, Director of Defence Information, the arrest took place on August 9 in Omialafara (Omulafa), Ose LGA, Ondo State. Al-Qasim and Abdulhaleem Idris were the those detained, the statement said.

“It is instructive to note that Abdulhaleem, alongside other high profile ISWAP commanders, had also previously coordinated attacks on military targets in Okene, Okene LGA, Kogi State resulting in casualties, a part of the statement noted.

Read the full statement below:

Recall that the Chief of Defence Staff (CDS), General Lucky Irabor, during his parley with media executives and editors yesterday, Tuesday 9 August 2022, informed of the arrest of 4 terrorists among those who carried out the attack on St Francis Catholic Church, Owo on 5 June 2022. They were arrested through a combined operation by military and DSS personnel at Eika, Okehi LGA, Kogi State on 1 August 2022. Those arrested include Idris Abdulmalik Omeiza (a.k.a Bin Malik), Momoh Otohu Abubakar, Aliyu Yusuf Itopa and Auwal Ishaq Onimisi.

Barely few hours after the disclosure by the CDS of the arrest of 4 of the Owo Catholic Church attackers, 2 additional ISWAP terrorists, who were also connected to the attack on the church were apprehended at Omialafara (Omulafa), Ose LGA, Ondo State yesterday, 9 August 2022. The arrests were made through the collaborative effort by military and DSS personnel. The suspects are Al-Qasim Idris and Abdulhaleem Idris. It is instructive to note that Abdulhaleem, alongside other high profile ISWAP commanders, had also previously coordinated attacks on military targets in Okene, Okene LGA, Kogi State resulting in casualties.

It is the avowed commitment of the leadership of the military, Nigeria Police, DSS and other security agencies to work in synergy to enthrone peace and security all over the country. This is due to the need for collaboration as an essential requirement to successfully deal with the existential asymmetric threats currently bedeviling our dear nation, Nigeria.