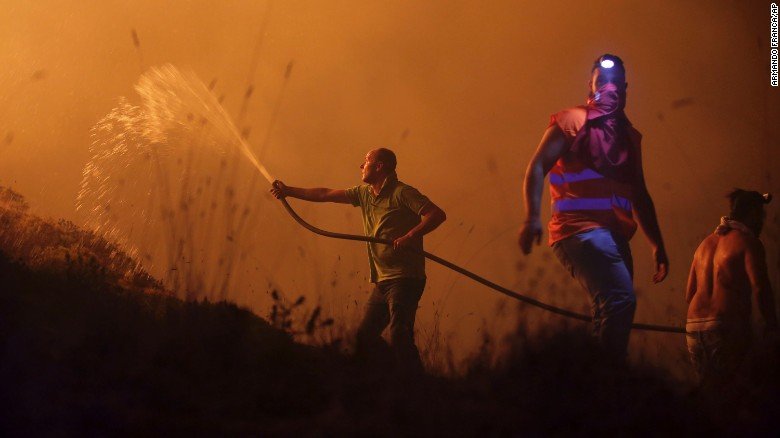 Wildfire in California grows to more than 50,000 acres in 48 hours.

In the midst of the massive wildfire that is destroying much of northern California and driving hundreds of people from their homes, two bodies have been discovered.

The bodies of the dead pair were found inside a car in the driveway of a property caught in the blaze.

Sheriff Jeremiah LaRue of Siskiyou County told ABC News that the two appeared to be attempting to leave the area.

California’s largest fire this year, the McKinney Fire has scorched more than 52,000 acres.

The two deceased individuals’ names won’t be made public until their relatives are informed.

Gavin Newsom, the governor of California, has issued a state of emergency because of the fire, which started on Friday afternoon and quickly grew in size as a result of a mix of dry fuel from the drought, powerful winds, and lightning strikes.

According to officials, over 650 firemen are making an effort to put out the fire, but they are having little luck. Sheriffs stated that it was “0 percent contained” on Sunday night.

More than 2,000 locals in the vicinity of the Klamath National Forest are thus being compelled to leave their homes. Rescue crews have been helping hikers who had been on the trails of the national park.

The nearby town of Yreka – home to several thousand people – has not been evacuated, and remains outside the fire’s grasp.

Vina Swenson, who has lived in Yreka for over 20 years, told the Los Angeles Times that firefighters were cutting down bushes, shrubs and grass near her home.

“It’s reassuring that they’re keeping us safe, but the fact that they’re clearing brush here makes me think they expect the fire to reach here,” she said.