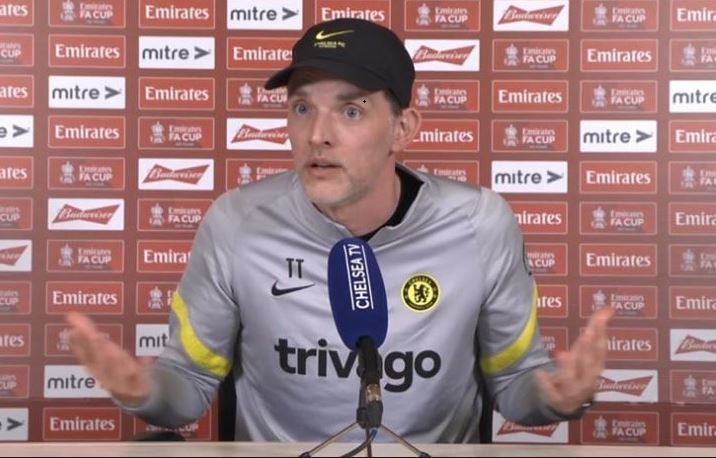 Chelsea boss Thomas Tuchel has been charged by the Football Association for his comments about referee Anthony Taylor following his side’s controversial draw with Tottenham.

The German suggested Taylor should not referee Chelsea matches in future.

The Chelsea manager had previously received a one-match touchline ban and a £35,000 fine for his confrontation with Spurs boss Antonio Conte at the end of the game.

The 48-year-old has until Thursday, 25 August to respond to the charge.

A statement by the FA said Tuchel’s comments “questioned the integrity of the match referee”.

“It is alleged that the manager’s comments in his post-match press conference constitute improper conduct as contrary to FA Rule E3.1,” the statement read.

“The imply bias and/or question the integrity of the match referee and/or bring the game into disrepute.”

Play was allowed to continue instead, with Harry Kane heading a 96th-minute equaliser for Spurs seconds later.

Tuchel was allowed to stand on the sidelines during his side’s 3-0 defeat by Leeds at Elland Road on Sunday after his ban was suspended temporarily, pending the full written reasons for the decision.