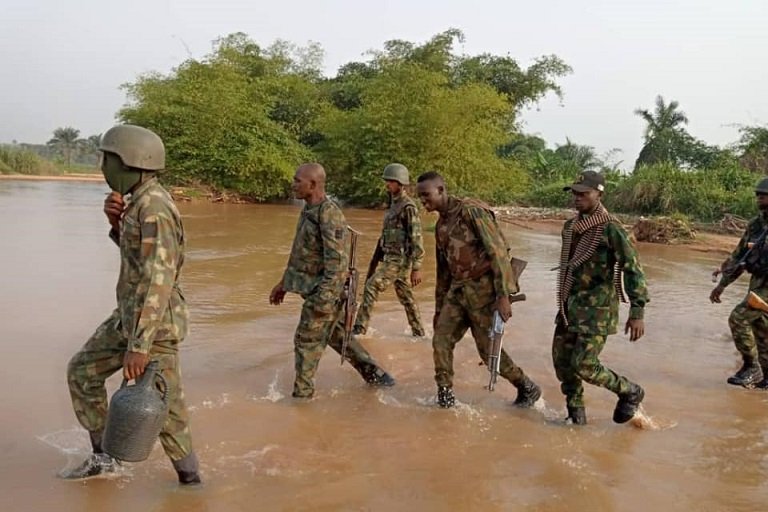 The Commissioner for Internal Security and Home Affairs, Samuel Aruwan, made the disclosure in a statement on Saturday in Kaduna.

“Security forces recorded a major success in ongoing operations against terrorists, as scores of bandits were neutralised by ground troops and air assets during an operation in Galbi, Chikun local government area,” Aruwan said.

“This was conveyed in an operational feedback to the Kaduna state government from the security agencies.

According to the feedback, troops of the Operation Forest Sanity supported by assets of the Nigerian Air Force conducted clearance operations on an identified terrorist enclave in Galbi general area.

According to him during their advance, the security forces crossed River Kaduna and ran into stiff resistance from the insurgents.

“After a fierce firefight, scores of terrorists were confirmed neutralised as the military forces prevailed.

“Two General Purpose Machine Guns (GPMGs), three AK47 rifles and seven motorcycles were recovered from the enclave of the neutralised bandits,” he added.

The commissioner said that the Kaduna state government expressed excitement at the feedback, and praised the troops for their tenacity in this significant victory against the enemy forces.

“The government thanked the troops, air force crews, police personnel, intelligence operatives, and local vigilante members who contributed to the success of the mission.

“The government urged the security forces to increase the momentum and vanquish the terrorists for good.

He added that the troops would continue clearance operations in the general area, and other identified areas of interest across the state.

“The state government hereby encourages residents to volunteer useful information on activities or movement of terrorists to security agencies.