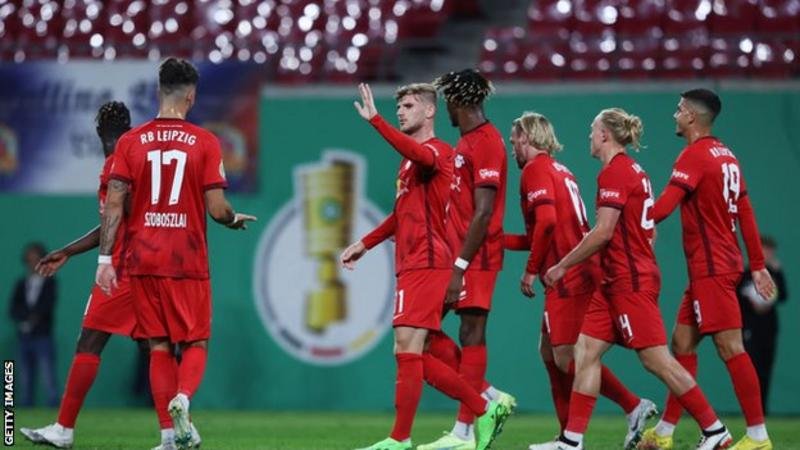 Timo Werner scored a first-half hat-trick and assisted another goal as RB Leipzig thrashed Teutonia Ottensen in the first round of the German Cup.

Werner was substituted in the 57th minute as Leipzig went on to beat the fourth-tier side 8-0.

He re-joined RB Leipzig this summer from Chelsea, who lost to Southampton in the Premier League on Tuesday.

Elsewhere, England striker Tammy Abraham got an assist as Paulo Dybala netted twice in a 3-0 Serie A victory for Roma over Monza.

Brazilian defender Roger Ibanez completed the scoring for Jose Mourinho’s side as they maintained their unbeaten start to the season.

They moved a point clear of Inter Milan at the top of the table despite Simone Inzaghi’s side picking up their third win of the season over Cremonese on the same night.

Joaquin Correa, Nicola Barella and Lautaro Martinez scored for Inter, before David Okereke got one back for the visitors in the 90th minute.

Meanwhile, rivals AC Milan sit a point behind Inter after they were held to a goalless draw at Sassuolo.

Man United give up on De Jong, Willian to join Fulham