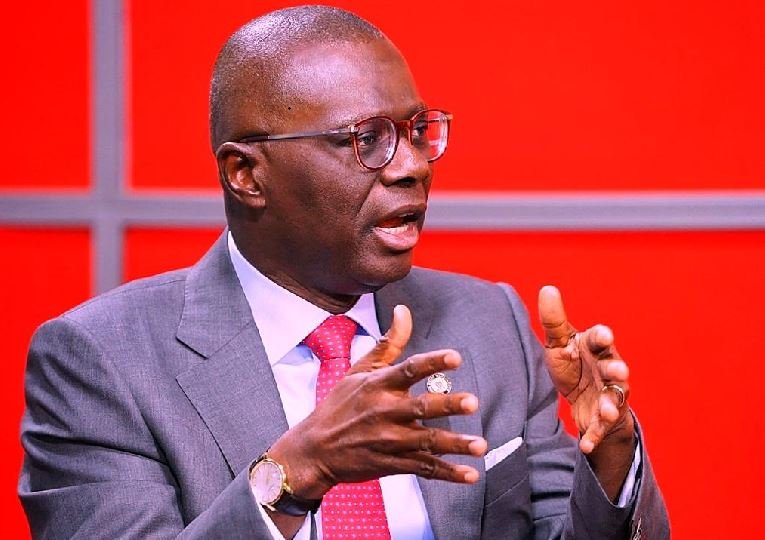 Sanwo-Olu said this in Marina at the launch of the last track beam (T-beam) for the blue line rail mass transit project.

He said that with the launching of the last T-beam, the blue line rail project would be formally complete before December, after which the test run would start.

According to him, the government is committed to ensuring the project is completed in time, as the two trains bought in China for the project will arrive in October.

He said that his administration was on a journey to ensuring the trains begin commercial operations in the first quarter of 2023, as earlier promised.

Sanwo-Olu said that the achievement in the area of the setting of the last T-beam was in line with his administration’s commitment to bringing succour to residents and give them choices in mass transportation.

In building the infrastructure for the Lagos Rail Mass Transit Red Line project, we acquired the NRC’s staff quarters at Ikeja where the Ikeja train station is currently being built.

We made a commitment to rebuild the acquired staff quarters at another location. pic.twitter.com/PNNVtYMMyY

“Today’s final T-beam launch indicates that we are gradually inching to the completion of the civil infrastructure for the first phase of the Blue Line traversing from Mile 2 to Marina.

“The engineering work today completes a total of 1,967 piles foundation, while we have also completed three 306 platforms, 310 piers, 267 cover beams and erection of 984 T-beams.

“We are not just making promises; people are beginning to see for themselves that all the milestones and the difficult tasks we are meant to achieve to ensure operation of the Blue Line are being achieved.

“The Marina Station, which is the iconic terminal for the Blue Line, will be completed within two-and-half months. I am restating here that we will formally complete this Blue Line before Dec. 31, 2022,” he said.

Sanwo-Olu said that the construction of the second phase of the Blue Line project would commence after the start of operation, which would extend the rail project from Mile 2 to Okokomaiko.

He said that Blue Line stations would be built at Festac, Alakija, Trade Fair, Volkswagen, LASU and Okokomaiko.

Sanwo-Olu said that talks were being held with the Ogun State Government for possible extension of the rail line to Agbara.

According to him, the second phase of the Blue Line project will be an easy infrastructure to develop, because the marked alignment for stations and tracks are largely at grid level.

“While we are at this, the Red Line is also on the way. This is a start-and-end project for our administration, with about seven stations concurrently being built. This will redefine mass transportation in Lagos.

“To our citizens, I say the Blue Line is for real and you will ride on it in no distant future.

“For the Doubting Thomases and people that do not like our face, their eyes cannot disbelieve in the infrastructure we are bequeathing to the citizens of our state.

“They cannot disbelieve in our bold effort and commitment to improve mobility and deliver transport infrastructure that brings ease to our people,” he said.

Akinajo said that to get to the current status, the construction work experienced disturbances and delays in the relocation of submarine cables, submarine natural gas pipelines, and removal of underground shipwrecks.

“Just as we are laying the final T-beam for the rail tracks, we are also currently retrofitting the train stations at Mile 2, Alaba, Iganmu and National Theatre with light, in readiness for passenger operation in the first quarter of 2023,” she said.

Min expressed gratitude to the Sanwo-Olu’s administration for reaching the milestone, adding that the company would continue to work to meet the ultimate target in delivering the entire project with high standards and quality.