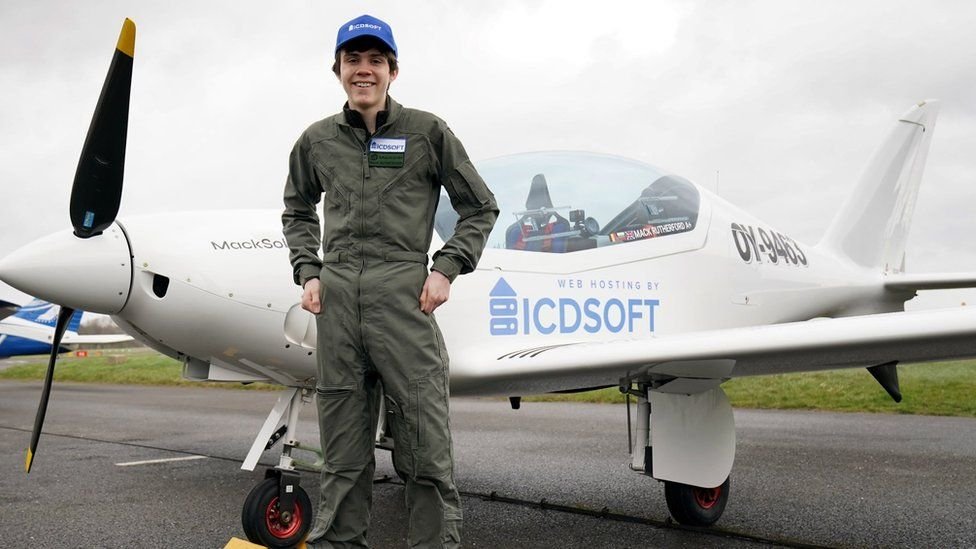 A British-Belgian teenage pilot has become the youngest person to fly around the world solo.

On March 23 this year, 17 years old Mack Rutherford took off from Sofia, Bulgaria, flew to Italy and Greece, before navigating Asia, Africa, the US and two oceans.

Five months after beginning his odyssey, the aviator touched down again in the Bulgarian capital on Wednesday.

He broke the Guinness World Record set by 18-year-old Travis Ludlow in 2021, who completed the feat aged 18 and 150 days.

Mack was inspired by his sister Zara, who at the age of 19 became the  became the youngest woman to fly around the world in January.

He flew a fast ultralight Shark, which has a cruising speed reaching 300km/h (186mph).

Speaking ahead of his trip, he said flying is a “dream” that has always been a part of his and his sister’s lives, following in the footsteps of their parents who are both talented pilots.

“When you get in the air and you just see everything so small you can literally go wherever you want to go.

At the age of 15 years and two weeks, Mack qualified for his pilot’s licence in July 2020, making him the youngest pilot in the world. He maintained he is not attempting to outdo his sister, but rather looks up to her as an inspiration.