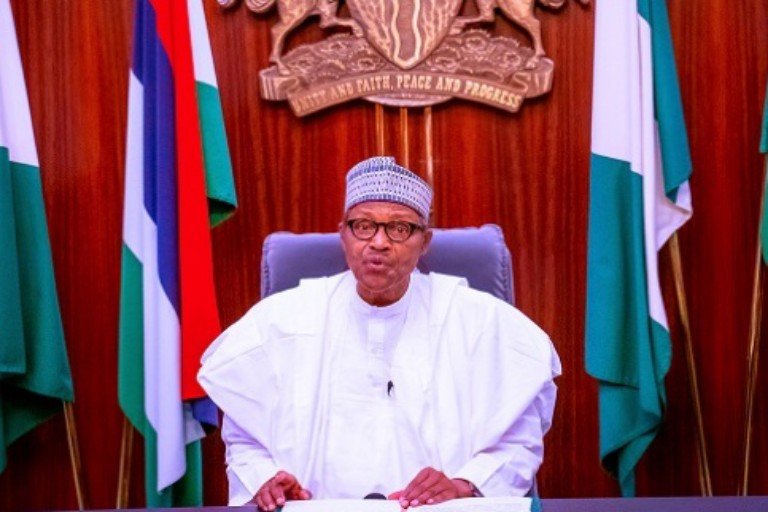 Socio-Economic Rights and Accountability Project (SERAP) has urged President Muhammadu Buhari to “urgently instruct Mr Lai Mohammed, Minister of Information and Culture, and the National Broadcasting Commission (NBC) to urgently withdraw the threat to revoke the licenses and shut down the operations of 53 broadcast stations in the country over alleged failure to renew their licenses.”

The NBC had last week revoked the licenses of the 53 broadcast stations and threatened to shut down their operations within 24 hours over alleged N2.6 billion debt. The NBC has now asked the stations “to pay all outstanding license fees on or before August 23, 2022 or shut down by 12am on August 24.”

But in a letter dated 20 August, 2022 and signed by SERAP deputy director Kolawole Oluwadare, the organization said, “The threat to shut down 53 broadcast stations is neither necessary nor proportionate. If carried out, it would offend the legal principles of equity and equality of access to mass communication.”

SERAP said, “Under the Nigerian Constitution 1999 [as amended] and international human rights law, freedom and diversity must be guiding principles in the regulation and licensing of broadcasting. The threat to shut down 53 broadcast stations is entirely inconsistent and incompatible with these principles.”

According to SERAP, “Revoking the licenses of 53 broadcast stations and shutting down their operations because they have not renewed their licenses would undermine the rights of millions of Nigerians to express their thoughts.”

The letter, read in part: “It would also violate Nigerians’ right to seek, receive, and impart information and ideas of all kinds, in any medium they choose.”

“We would be grateful if the requested action is taken within 24 hours of the receipt and/or publication of this letter. If we have not heard from you by then, SERAP shall take all appropriate legal actions to compel your government to comply with our request in the public interest.”

“The NBC Act and Broadcasting Code cannot and should not be used in a manner that is inconsistent and incompatible with plurality of voices, diversity of voices, non-discrimination, and just demands of a democratic society, as well as the public interest.”

“When money or economic considerations are the major criteria for renewing licenses for broadcast stations, the fundamental principles of equal access to the media, pluralism and diversity are compromised.”

Adding that, “With just months to go before the general elections, scheduled for February 2023, your government ought to do more to create conditions for a free and fair vote. This includes demonstrated commitment to freedom of expression.”

“Shutting down 53 broadcast stations on the pretext of non-renewal of their licenses is neither necessary in a democratic society nor proportionate to meet the constitutional and international guarantees of freedom of expression.”

SERAP noted that, “Rather than using the NBC Act and Broadcasting Code to shut down 53 broadcast stations, your government ought to use these frameworks to promote the broadest, freest, and most independent exercise of freedom of expression for the widest variety of groups and individuals possible.”

“The media, including the affected 53 broadcast stations, serve to distribute Nigerians’ thoughts and information while at the same time allowing them access to the ideas, information, opinions, and cultural expressions of other individuals.”

“SERAP believes that the media including the affected 53 broadcast stations play an essential role, as they allow millions of Nigerians to access both the relevant information and a variety of perspectives that are necessary for reaching reasonable and informed conclusions on matters of public interest.”

“The media plays an essential role as a vehicle or instrument for the exercise of freedom of expression and information – in its individual and collective aspects – in a democratic society.”

“Indeed, the media has the task of distributing all varieties of information and opinion on matters of general interest.”

According to SERAP, “The public has a right to receive and assess this information and opinion independently. Therefore, the existence of a free, independent, vigorous, pluralistic, and diverse media is essential for the proper functioning of a democratic society.”

“Freedom of expression includes the public’s right to receive, and the right of those who express themselves through a medium of communication, to impart the greatest possible diversity of information and ideas.”

“According to the Declaration of Principles on Freedom of Expression in Africa adopted by the African Commission on Human and Peoples’ Rights, ‘licensing processes shall seek to promote diversity in broadcasting. Any registration system for the media shall not impose substantive restrictions on the right to freedom of expression.’”

SERAP insisted that, “The revocation of a license must be necessary in a democratic society in order to achieve the compelling aims pursued, strictly proportionate to the aim pursued, and suitable for accomplishing that aim.”

“It is essential to remove any risks of arbitrary or disproportionate use of NBC legal frameworks.”

“The strengthening of the guarantee of freedom of expression is a precondition for the exercise of other human rights, as well as a precondition to the right to participation to be informed and reasoned.”

“It is the mass media such as the 53 broadcast stations that make the exercise of freedom of expression a reality. This means that the conditions of its use must conform to the requirements of this freedom.”

“Therefore, any regulation of the media, including licensing, must be evaluated according to the guidelines and directives imposed by the right to freedom of expression.”

“SERAP recognizes the mandates of the NBC to regulate broadcasting. However, the exercise of such mandates including renewals or revocation of licenses must follow the thresholds and guidelines set by the right to freedom of expression.”

“If carried out, the threat by NBC would impermissibly restrict the right to seek, receive and impart information and ideas to a greater extent and would therefore violate freedom of expression.”

“The regulation of broadcasting must aspire to promote and expand the scope of the right to freedom of expression, not restrict it.”

“Revocation of licenses of broadcast stations can seriously jeopardize fundamental rights of the individuals involved and create a silencing or “chilling” effect on democratic speech.”

“The revocation of the licenses of the affected 53 broadcast stations is neither necessary nor proportionate, as the issue of licence fees can be reasonably achieved through other measure(s) that is less restrictive of freedom of expression.”

“The right to freedom of expression is a central pillar of a democratic society and a guarantor of free and fair electoral processes, and meaningful and representative public and political discourse.”

“It is during times of political change that the right to freedom of expression is most essential, ensuring that a well-informed and empowered public is free to exercise its civil and political rights.”

Referring to the constitution, SERAP said, “Section 39(1) of the Nigerian Constitution provides that, enshrines the right to freedom of expression and indicates that this right can be exercised through any medium.”

“Effectively, Section 39 of the Constitution establishes that the right to seek, receive, and impart information and ideas of all kinds can be exercised orally, in writing, in print, in the form of art, or through any other medium of one’s choice.”

“Article 19 of the International Covenant on Civil and Political Rights and Article 9 of the African Charter on Human and Peoples’ Rights contain similar provisions.”

“The Nigerian Constitution and these legally binding human rights treaties, recognize that every individual has the right to an equal opportunity to receive, seek and impart information through any communication medium without discrimination.”

“Freedom of expression goes further than the theoretical recognition of the right to speak or to write. It also includes and cannot be separated from the right to use whatever medium is deemed appropriate to impart ideas and to have them reach as wide an audience as possible,” SERAP said.

Police plotting to assassinate me – Dogara

Many escape death as SUV ram into viewing center