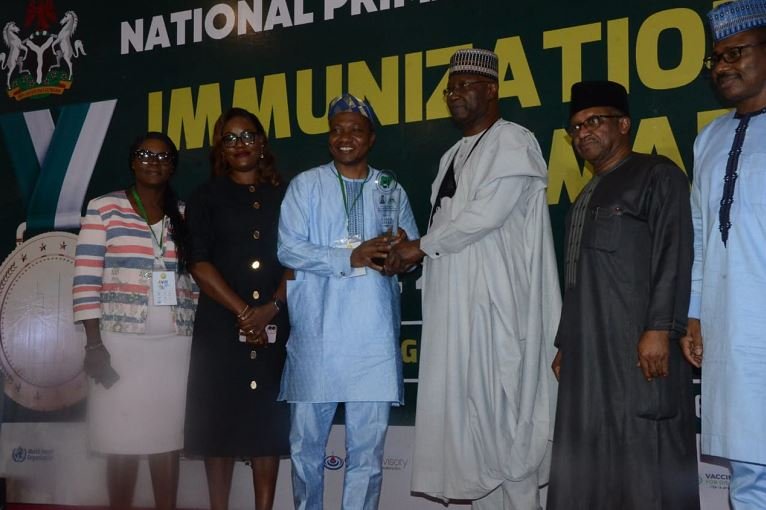 Governor Sanwo-Olu was represented by his Hon. Commissioner for Health, Prof Akin Abayomi, during the award ceremony to mark the 2022 African Vaccination Week and third year anniversary of wild polio eradication in Nigeria held at the Ladi Kwali Hall of Sheraton Hotel, in Abuja.

In a statement signed by Filade Olumide/Vavdefan Blessing, deputy directors, Public Affairs PHCB, the Federal Government through the National Primary Health Care Development Agency (NPHCDA), stated that the award was in recognition of the governor’s performance in health sector particularly in Routine Immunization.

The Secretary to the Government of the Federation (SGF), Boss Mustapha and the Federal Minister of Health, Dr. Osagire Ehanire handed the award to Lagos state.

Also at the event was the Permanent Secretary to the Lagos State Primary Health Care Board, Dr. Ibrahim Mustafa with the Immunisation Programme Coordinator, Dr. Olubunmi Akinlade and the State Immunisation Officer, Mrs. Uniroh.

Dr. Mustafa thanked his medical team for their support and contributions toward the achievement of the feat.