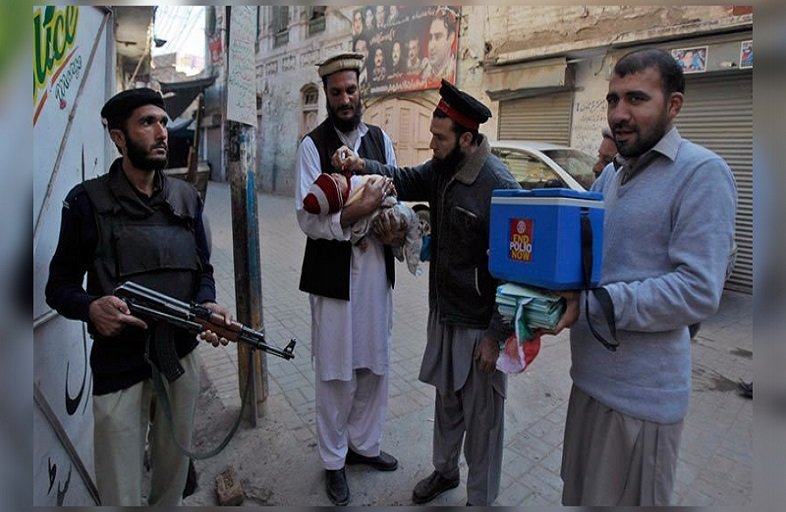 Two policemen were killed on Tuesday in northwest Pakistan when gunmen on motorcycles opened fire on officers guarding a group of polio workers.

According to local police official Mohammad Imran, none of the polio workers were hurt. The four polio workers, a police escort, and themselves were all on motorbikes.

In the Afghan bordering province of Khyber Pakhtunkhwa, the attackers fled the scene after the attack on the town of Gomal, but no one immediately claimed responsibility.

On the second day of Pakistan’s most recent anti-polio campaign in the region, the attack occurred. Since April, Pakistan has reported 14 new cases of polio, all of which originated in the region of Khyber Pakhtunkhwa.

The outbreak has been a setback for the Islamic country’s efforts to eradicate the illness, which may leave children severely paralyzed.

As a result of frequent attacks on polio teams and the police who guard them by Islamic extremists who wrongly believe that the vaccination programs are a Western plot to sterilize children, Pakistan’s anti-polio efforts are frequently marred by bloodshed.

The only remaining endemic polio countries in the world are Pakistan and Afghanistan. Pakistan recorded just one occurrence in 2021, giving rise to optimism that the disease was almost completely eradicated.

Since 2012, at least 70 polio workers have been killed in Pakistan. Many of the attacks have been claimed by the Taliban, who forward claims that the vaccination campaigns are a facade for intelligence gathering.