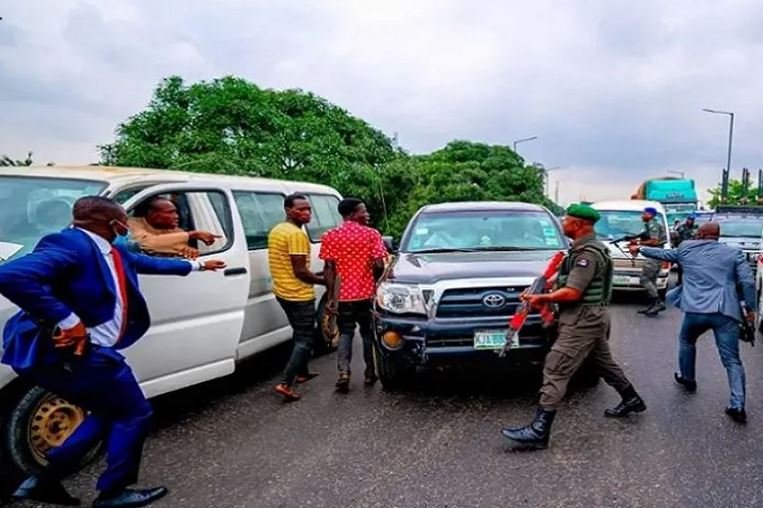 The convoy of Mrs. Kafayat Oyetola, the wife of the Osun Governor, was attacked by thugs on Friday at Owode in Ede, according to confirmation from the Osun Police Command on Saturday.

One security guard on the convoy was hurt, according to a statement by SP Yemisi Opalola, the spokeswoman for the Osun Police.

He further stated that the police had detained five people in relation to the assault.

“On Friday, at about 8:30p.m, the police received credible information that, at Owode, Ede Market expressway, some hoodlums were attacking the convoy of the wife of Osun Governor.

“The Divisional Police Officer ‘A’ Division, Ede, promptly mobilised and led detectives to the scene where the team met CSP Dauda Ismail, the Chief Security Officer to Gov. Gboyega Oyetola of Osun.

“CSP Ismail briefed the team that one Omolola Opeyemi, a driver from Ijebu-Ode, Ogun State, drove an unregistered truck and blocked the movement of Oyetola.

“As a result of the traffic blockage, some hoodlums took advantage and started stoning the convoy of the governor’s wife, thereby, wounding the truck driver on his forehead and also injuring a DSS personnel.

“However, five suspects were arrested from the scene and investigation is in progress.