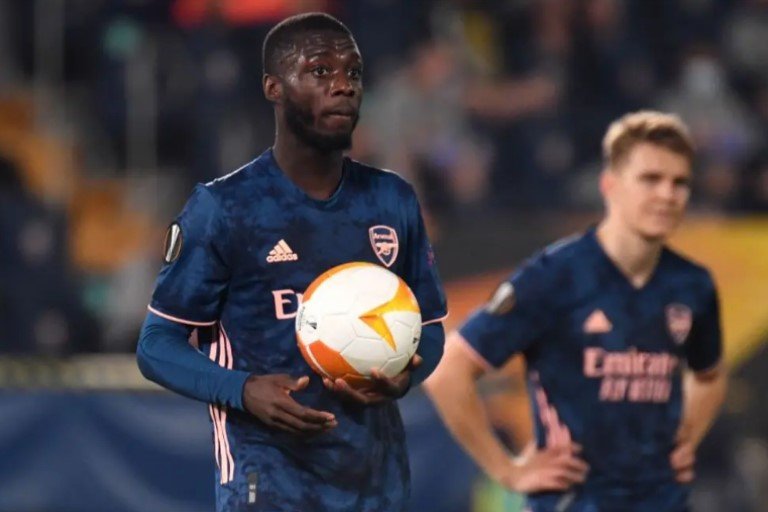 Ligue 1 club OGC Nice are in talks to sign Arsenal winger Nicolas Pepe on loan who has fallen out of favour with manager, Mikel Arteta.

BBC Sport understands that the deal would not include an obligation to buy the 27-year-old, who started just five times for the Gunners last season.

Pepe joined the north London side for a club record £72m in 2019 but has not been able to establish himself in the Premier League.

The Ivorian, whose contract expires in 2024, has also yet to make an appearance this season.

There have also been reports linking Arsenal with a move for Wolves winger Pedro Neto.