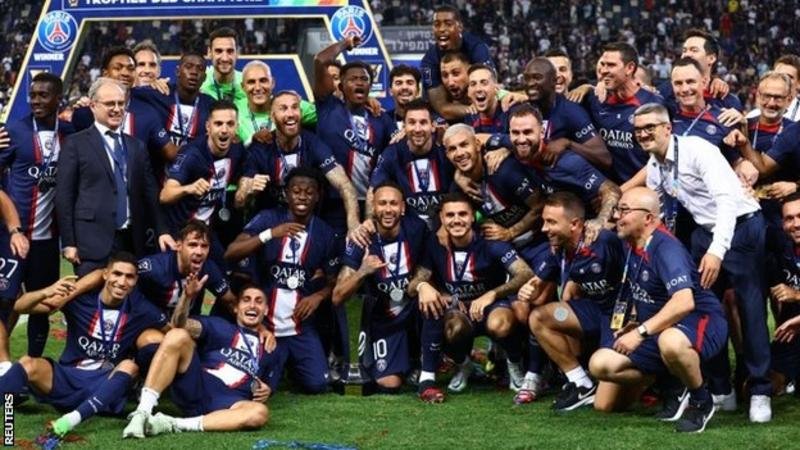 Galtier replaced Mauricio Pochettino at the end of last season and enjoyed a comfortable win in Tel Aviv, Israel.

The Brazilian forward set up Lionel Messi’s opener before curling in a free-kick.

Sergio Ramos made it three with a backheel before Neymar was fouled by Jean-Charles Castelletto, who was sent off, and scored the penalty.

Ligue 1 champions PSG have now won nine of the past 10 Trophees des Champions, the French equivalent of the Community Shield.

Nantes won the French Cup to qualify for the match while PSG won the Ligue 1 in Pochettino’s last season at the helm.

🎉 The joy of our 𝑷𝒂𝒓𝒊𝒔𝒊𝒆𝒏𝒔 after winning the #TDC2022 against Nantes (4-0)! 🏆❤️💙 pic.twitter.com/VMdhtzQSaP