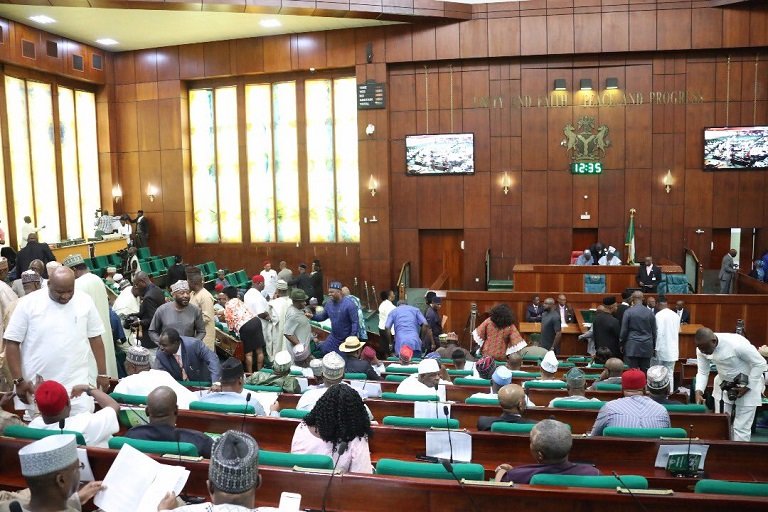 On Thursday, a store in the House of Representatives area of the National Assembly building in Abuja caught fire and destroyed records.

The New Building, House of Reps Wing of the Complex’s second floor was emitting smoke when the alarm was sounded.

The wing that housed MPs’ offices, committee rooms, banks, and other private interests is part of the area that was destroyed by fire.

The Director of Information, National Assembly, Rawlings Agada, in a statement on Thursday titled ‘Reported Fire Incident at the House of Representatives New Wing Today, Thursday, 11th August, 2022, in the National Assembly Complex,’ confirmed the incident.

In a statement, Agada mentioned that the firefighters entered the afflicted office with the help of the workers who were on duty and extinguished the fire.

He continued, assuring that investigations would be conducted, that the Fire Service and the Estate and Works Directorate would return the New Wing housing to normal after proper inspection.

Agada sent images of the incident, which showed burned documents, furniture, and other goods, after praising the quick response/actions of the first responders, particularly National Assembly personnel (members) and the Fire Service unit in assisting to curb the fire outbreak.

The federal parliament has previously kept track of fire outbreaks of various intensities.

Do not drink from Osun River, Govt warns tourists