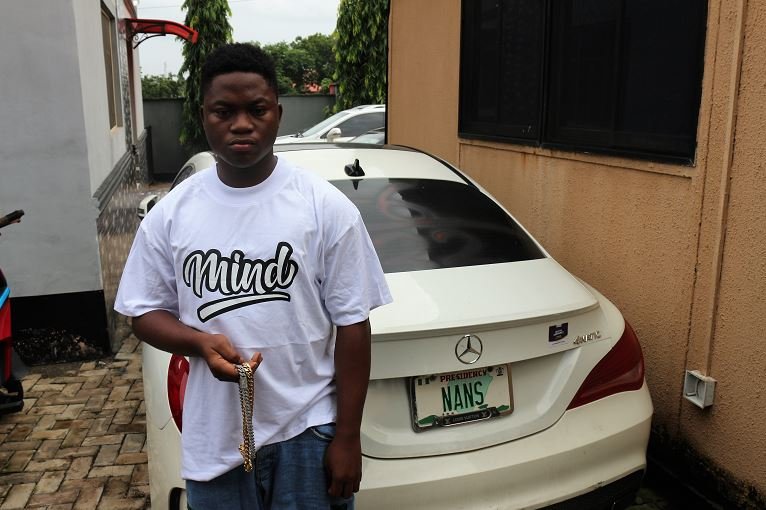 The Economic and Financial Crimes Commission, EFCC has secured the conviction and sentencing of Director of Logistics of the National Association of Nigerian Students (NANS), Federal University, Oye-Ekiti Chapter, Adeyemi Israel Abiodun to one year imprisonment for internet-related fraud.

He is among 40 persons convicted on separate one count charges before four judges of the Oyo State High Court, Ibadan.

Their offences bordered on impersonation, fraud, obtaining money under false pretence, obtaining property by false pretence and forgery contrary to Sections 419, 467, 484, 516 and 508 of the Criminal Code Law Cap 38, Laws of Oyo State, 2000.

Abiodun was arraigned before Justice Iyabo Yerima while thirty-nine others were prosecuted before Justices Bayo Taiwo, Akintola Ladiran and Olusola Adetujoye between August 15, 2022 and August 23, 2022.

The one count charge against Abiodun reads: “That you, Adeyemi Israel Abiodun and Odaise Precious Abiola (aka Prezzy) (at large) on or about 30th March, 2022 at Ibadan, within the Ibadan Judicial Division did conspire to forge various United States of America Banks Cheques and purport same to be genuine and thereby committed the offence of conspiracy to commit forgery contrary to Section 516 and 467 of the Criminal Code Law, Cap 38, Laws of Oyo State, 2000.”

Abiodun and the others pleaded “guilty” to the charges filed against them by the EFCC.

In view of their guilty pleas, the prosecution counsel, Modupe Akinkoye, Oyelakin Oyediran, Oluwatoyin Owodunni, Chidi Okoli, Abdulrasheed Suleiman, Mabas Mabur and Samsuddeen Bashir reviewed the facts of the cases, tendered confessional statements and documents recovered from the convicts as exhibits and urged the courts to convict and sentence the defendants as charged.

Consequently, Abiodun, Daniel and Ayomide were convicted and sentenced to one year imprisonment each without the “option of fine”, while Akiniyi bagged three months jailed term and six months community service.

Other defendants were convicted and sentenced to six months community service each.

Furthermore, the court ordered Abiodun to pay the sum of $1,000USD (One Thousand United States Dollars) in restitution and forfeit a white Mercedes Benz CLA-250 with customized NANS plate number worth N16million, a gold neck chain and one ice neck chain worth N3.6million, bitcoin worth $58, 854.88USD, one Apple MacBook Pro 2020 Model and an iPhone 12 Pro Max to the Federal Government of Nigeria.

Other convicts were ordered to restitute their victims and forfeit all items recovered from them.

It will be recalled, that Abiodun, a 200 level student of Economics and Development Studies of the Federal University, Oye-Ekiti, Ekiti State was arrested on March, 30, 2022, alongside seventy-nine (79) others in a sting operation by the operatives of the Ibadan Zonal Command of the EFCC at Sango area of Ibadan, Oyo State for alleged internet fraud.

Investigations revealed that, between July 2021 and March 2022, Abiodun benefited N195, 274, 331.00 (One Hundred and Ninety Five Million, Two Hundred and Seventy Four Thousand, Three Hundred and Thirty One Naira) as cumulative heist from cyber-fraud involving forgery of over 25 US banks cheques.