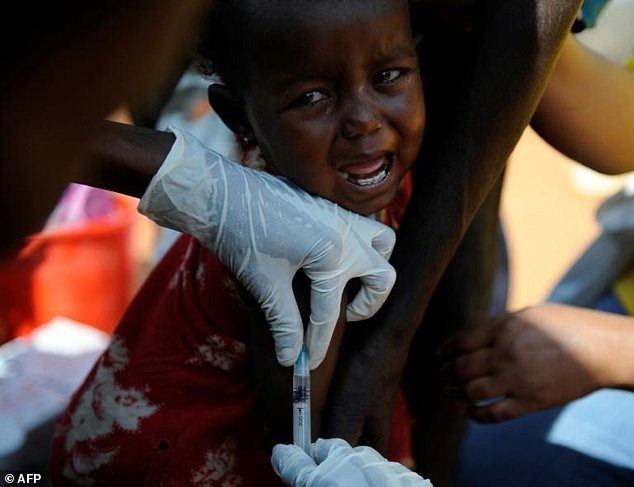 157 children have died from a measles outbreak in Zimbabwe, most of them were unvaccinated because of their family’s religious beliefs, according to officials.

Early in April, the eastern Manicaland province reported the first cases of the measles outbreak, which has now expanded to the entire nation.

According to Information Minister Monica Mutsvangwa, at least 2,056 instances have been reported, and almost all of the fatalities have been young children who were not immunised.

She noted that in order to combat the outbreak, Zimbabwe’s Cabinet has adopted a provision designed to be applied in crisis situations.

The government claims to be starting a nationwide immunisation campaign for children between the ages of 6 months and 15 years old and is enlisting the cooperation of traditional and religious leaders.

Even at the height of the coronavirus pandemic, Zimbabwe continues immunising children against the measles, although the campaign has been impeded by religious organisations that advocate against vaccinations.

The Christian sects advise their followers to seek healing from self-styled prophets because they oppose contemporary medicine.

Following the relaxation of COVID-19 regulations, church meetings have resumed, which has “led to the spread of measles to previously untouched areas,” according to a statement released by the health ministry last week.

Measles is one of the most contagious illnesses in the world and is mainly spread by close contact, coughing, and sneezing. Unvaccinated children have a higher chance of developing severe measles or passing away from its consequences. Symptoms include coughing, fever, and a skin rash.

Thousands of people have been reported to die from outbreaks in populations that are underfed and unvaccinated. To stop measles epidemics, experts believe that more than 90% of the population has to be inoculated.

In April, the World Health Organization issued a warning on an increase in measles in countries that are susceptible as a result of a COVID-19-related service disruption. A “red alert” for children’s health was issued by UNICEF in July after it was revealed that over 25 million children globally had not received routine vaccinations against common childhood diseases.

Judge sentenced to death for killing his wife