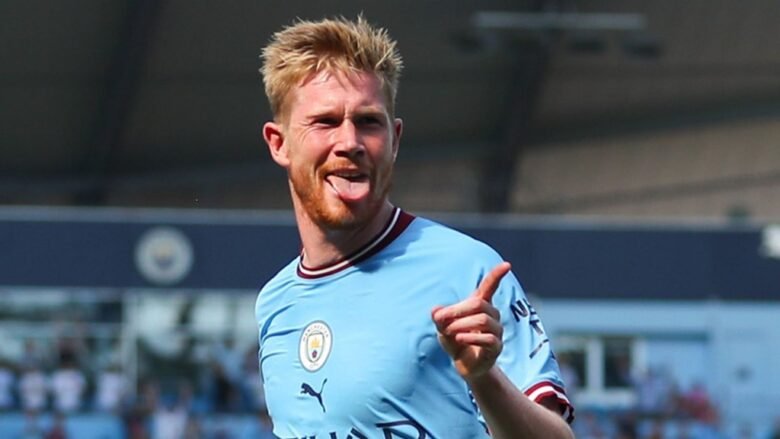 Kevin De Bruyne was awarded man of the match against Bournemouth

It took Haaland 18 minutes to take his first touch, but he utilised it to set up Ilkay Gundogan for City’s opening goal. Haaland made his Premier League debut against West Ham last weekend, scoring twice.

Since City had been controlling the match from the beginning, additional goals quickly followed.

With a brilliant solo goal, the excellent Kevin de Bruyne increased the score to 2-0. He ran to the outside of the box before bending the ball with the outside of his boot into the bottom corner.

Before halftime, Phil Foden sealed the victory by rushing on to a De Bruyne pass and unleashing a shot that Cherries goalkeeper Mark Travers could not stop despite getting his body in the way.

Ben Pearson’s snap shot from the edge of the box was the only time Bournemouth forced Ederson into action during the course of their mostly passive 5-4-1 defence.

The second half, which had already been a stroll in the Manchester sunlight for the home team before Jefferson Lerma’s own goal made it 4-0, never gave them the slightest chance to mount a comeback.

Lerma was trying to stop Joao Cancelo’s low cross from reaching substitute Bernardo Silva, but only succeeded in sending the ball spinning past Travers to complete an afternoon to forget for his team.