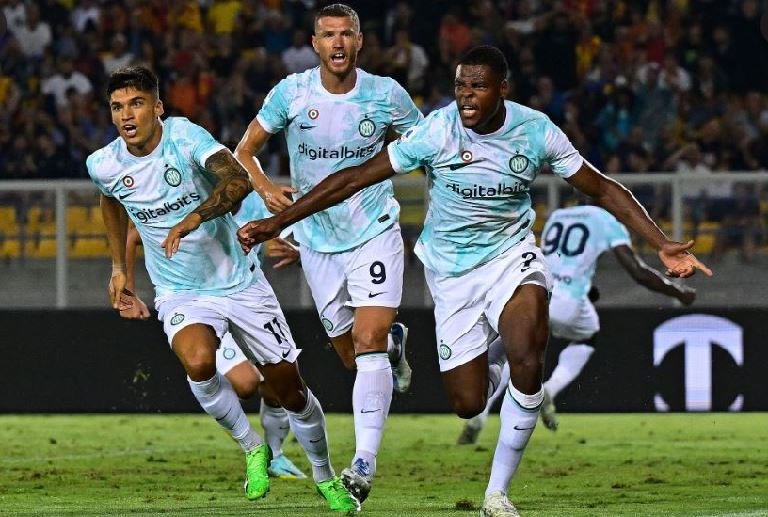 Romelu Lukaku scored less than two minutes into his Serie A return to help Inter Milan beat Lecce in dramatic fashion in the opening game of the season.

Lukaku, who re-signed for Inter on a season-long loan just a year after leaving for Chelsea, headed home from close range to open the scoring.

Lecce hit back three minutes after the restart through Assan Ceesay.

However, Denzel Dumfries sealed all three points with a last-gasp effort from close range following a corner.

Inter are aiming to reclaim the Scudetto, having relinquished their crown to rivals AC Milan last season.

AC Milan also won their opening game as they kick start the defence of their Scudetto title.

The city rivals came back from a goal down to beat Udinese 4-2.