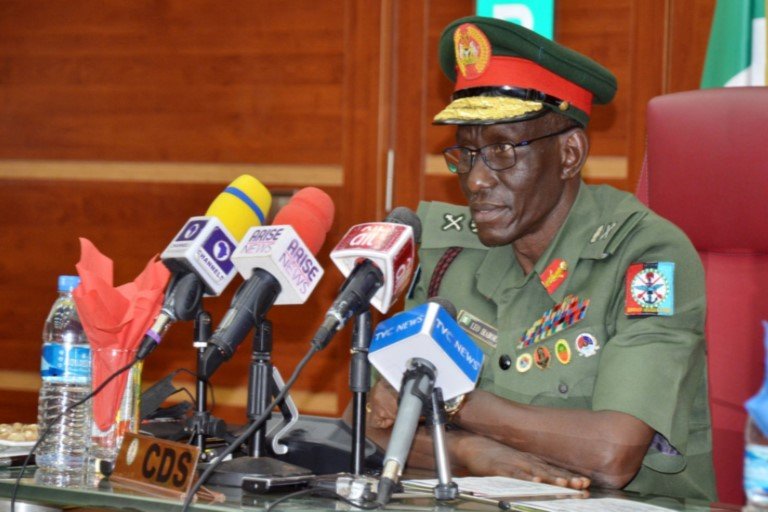 The Chief of Defence Staff (CDS), Gen. Lucky Irabor, has urged the media to adopt the German Press Code in reporting insecurity in Nigeria.

Irabor on Wednesday in Abuja while delivering a Graduation Lecture for Course 30 of the National Defence College (NDC) on “National Security and Development: Strategic Options for Nigeria” said there was a need for the media to adopt a new strategy.

On the press code for the media, Irabor said the strategy required the development of guidelines for reporting difficult stories including stories of conflict and terrorism.

According to him, the German Press Code for example, says in reporting actual and threatened acts of violence, the press should carefully weigh the public interest in information against the interest of victims and other people involved.

Irabor said that media should report on such incidents in an independent and authentic way, but not allow itself to be made the tool of criminals.

He urged the Nigerian media to emulate and domesticate the German Press Code as its guiding principle in reportage.

CDS said it had become imperative that Nigeria should constantly keep abreast of the security and development dynamics within her strategic neighbourhood especially in West and Central Africa.

“To this effect, we are working on upgrading the intelligence management procedures of the defence and security sector to strengthen the overall security architecture in the country.

“In addition, the thrust of our foreign policy should also be re-engineered to ensure that Nigeria is actively engaged in the promotion of peace and security within our sphere of influence in West and Central Africa.

“To this effect, the Federal Government through relevant Ministries, Departments and Agencies (MDAs), could as a matter of priority, explore available bilateral and multilateral opportunities at our disposal to steer the course of security and development within the countries of interests bearing in mind the realities of the domestic base of our foreign policy,” he added.